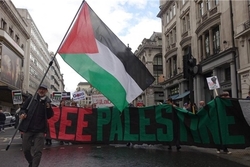 A top Palestinian official on Friday reiterated Ramallah’s refusal to take part in a Bahrain-hosted “economic workshop” slated for June 25 and 26.

RNA - Nabil Shaath, a top adviser to Palestinian President Mahmoud Abbas, told Anadolu Agency on Friday that Abbas would reiterate his refusal to take part in the workshop at Arab League summit in Saudi Arabia in late May.

Earlier this week, Washington announced plans to hold a major conference in Manama, where US officials are expected to unveil the economic aspects of the “Deal of the Century”, a backchannel US Israel-Palestine peace plan.

On Saturday, Saudi King Salman bin Abdulaziz called on Arab leaders to attend two separate emergency summits in Mecca --- one for the Arab League and another for the [Persian] Gulf Cooperation Council --- amid mounting tensions between the US and Iran.

According to Shaath, the upcoming summit in Mecca will give Abbas an opportunity to explain Palestine’s refusal to take part in the Manama conference.

“We don't want to antagonize Bahrain,” Shaath stated, noting, “If Bahrain were to host an international, Arab or Islamic conference --- far removed from the Donald Trump administration --- we would participate.”

“But the Palestinian leadership will not take part in any event aimed at undermining Palestine’s legitimate rights,” he added.

Bahrain, for its part, has defended the planned workshop, saying it is aimed “empowering” the Palestinians.

Saudi Arabia and the United Arab Emirates, meanwhile, have both announced their intention to send representatives to the event.

Since Trump’s controversial decision to recognize Jerusalem as Israel’s capital, the Palestinian leadership has staunchly refused to take part in any US-led peacemaking efforts.

Jerusalem remains at the heart of the decades-long Middle East dispute, with Palestinians hoping East Jerusalem --- occupied by Israel since 1967 --- might eventually serve as the capital of an independent Palestinian state.