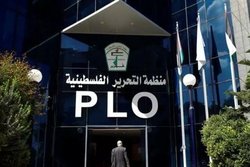 The Palestine Liberation Organization (PLO) has called on the international community to boycott a forthcoming US conference in Bahrain, which Palestinians view as a platform to sell out their rights.

RNA - Washington announced last week it would co-host the June 25-26 meeting in Bahrain’s capital city of Manama, purportedly to encourage investment in the occupied West Bank and the besieged Gaza Strip.

However, Palestinian officials say the real aim is to pave the ground for the Trump administration to unveil its much-hyped "deal of the century" which they have already rejected as a non-starter.

"The PLO affirms its final opposition to the conference and it hasn't authorized any party to negotiate on behalf of the Palestinian people," the PLO Executive Committee said in a statement on Sunday.

"The goal pursued by the US for the workshop is to start implementing the deal of the century and link it to economy after it takes steps in implementing the political parts of the deal," the PLO added.

It said the so-called 'deal of the century' would "enforce the Israeli occupation and erase the national and legal rights of the Palestinian people."

The PLO stressed its rejection of the controversial US plan, saying the organization “is sticking to the legitimate rights of the Palestinian people."

US President Donald Trump is reportedly about to unveil the plan at the end of the holy fasting month of Ramadan and after the formation of a new Israeli cabinet, most likely in June.

On Saturday, PLO Secretary General Saeb Erekat also called on all countries to boycott the conference, saying it "will surely fail without Palestinian participation.”

Erekat said the Arab nations which have agreed to join the workshop in Manama “at the expense of the Palestinian people” should "reconsider their participation."

Saudi Arabia and the United Arab Emirates have announced that they will participate in the conference. Israel’s finance minister Moshe Kahlon also intends to attend.

Erekat described the Trump administration as “a cornerstone of the extreme right-wing Israeli ideology,” saying the US was “sowing fear in the region.”

He further dismissed comments made by US Middle East Envoy Jason Greenblatt, who said the Manama workshop has the “potential to unlock a prosperous future for the Palestinians.”