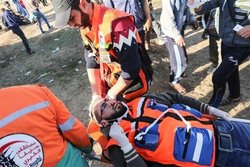 The Palestinian ministry of health warned that the crisis of drugs and medical supplies will lead to serious repercussions for patients in the Gaza Strip, calling on all supporters of the health sector to step in to save the patients.

RNA - Dr. Medhat Abbas, director of the Shifa Hospital, stated that medicines and medical consumables reached a deficit rate of more than 52 percent, describing the crisis as the most severe ever, Palinfo reported.

Dr. Abbas affirmed that the largest government hospitals in Gaza ran out of many essential medicines, antibiotics, vital drugs for patients with hypertension, diabetes and tumors, therapeutic milk for children, and consumables used for patients with renal failure.

He noted that private pharmacies outside the hospitals also ran out of many similar medicines and medical supplies.

Since late March 2018, tensions have been running high near the Gaza fence - which marked the start of a series of rallies demanding the right to return for the Palestinians driven out of their homeland. Since the demonstrations started, the Israeli occupation army has killed almost 300 Palestinians and injured over 32,000 others.

Also, the Gaza escalation erupted in early May following the deaths of four Palestinians in an Israeli air raid on the coastal sliver of land and the regime’s live fire targeting Gaza protesters. Israeli military aircraft struck some 350 sites in Gaza, claiming the lives of 27 Palestinian people. In response, the Palestinians fired some 700 rockets at the occupied lands between Saturday morning and early Monday morning, killing four Israelis and injuring 200 others.

The region has been under Israel’s all-out siege since 2007 and witnessed three wars since 2008. Tel Aviv seven-week-long war in 2014 and two other military operations over the last six years have caused economic losses close to three times the size of Gaza's gross domestic product. The latest onslaught claimed the lives of over 2,200 Palestinians and left over half a million more displaced, with another 11,000 injured in the assault. It also severely damaged more than 20,000 homes, 148 schools, 15 hospitals, and 45 clinics. At least 247 factories and 300 commercial centers were rendered inoperable or totally destroyed in the attack.