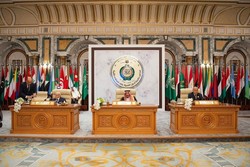 The decisions of the Arab and Islamic summits held in Macca were a victory for the Palestinian position and sent a clear message to the American administration that this position is firm and clear in spite of all the conspiracies and attempts to liquidate its national cause, Nabil Abu Rudeineh, spokesman for President Mahmoud Abbas, stated.

RNA - He said that “the adoption by the Arab and Islamic nations of the Palestinian position sent a very clear message to the US administration that the only way to achieve a just and comprehensive peace is by implementing the United Nations resolutions while rejecting any deal that does not conform to the legitimate rights of the Palestinian people to establish their independent state with East Jerusalem as its capital on the 1967 borders", according to WAFA.

"Everyone must understand that the road to peace is clear and its address is the legitimate leadership of the Palestinian people, not through imaginary deals or economic projects not worth the ink they were written with," Abu Rudeineh added.

"The Palestinian leadership has not authorized anyone to speak on its behalf or in the name of the Palestinian people, nor will it accept any conferences or deals aimed at undermining the rights of our people," he stressed.

"The rights of our people and their constants, foremost is Jerusalem and its holy places, are not for sale. The Palestinian people will win regardless of the magnitude of the challenges and difficulties they will face,” he noted.

He concluded by stating that “the courageous Palestinian position affirmed by President Mahmoud Abbas at the Mecca summits that we will not agree to the sale of Jerusalem nor abandon our national constants and will not bow to anyone other than God alone is the position of the Palestinian, Arab and international consensus and the position of all the free world in the face of arrogance, bias and the destruction of international legitimacy pursued by the American administration and behind it the Israeli occupation, which will end sooner or later”.