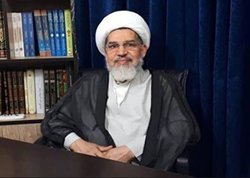 Rasa – Hujjat al-Islam Abdullah Saleh said, “As long as power is in the hands of the Al ‎Khalifah, discourse on political reform isn’t possible because the treachery of this dynasty ‎has become clear to the nation.”‎

RNA – In an exclusive interview with the Rasa News Agency, Hujjat al-Islam Abdullah Saleh, ‎the deputy general-secretary of Bahrain’s Islamic Action Society, referred to the harsh ‎attacks by the Al Khalifah regime on Ayatollah Sayyid Abdullah al-Ghurayfi and added, ‎‎“Ayatollah al-Ghurayfi ‎is a well-known figure among the Bahraini people and the Al Khalifah ‎regime. He’s one of the great religious scholars in Bahrain. However, a number of Salafis and ‎their allies in this country, who are always against the people and their rights. As they rose ‎up against them to spread sedition among the people, they planted the seeds of hatred ‎among the people of this country.”‎

Regarding about the possibility of the Al Khalifah regime repeating the scenario of Ayatollah ‎Isa Qasim, the deputy general secretary of the Bahraini Islamic Association said, “I think the ‎regime isn’t able to distance Ayatollah al-Ghurayfi ‎from the political and social scene of ‎Bahrain because he’s renowned for moderation and tries to raise issues which are against the ‎regime. Although there are some who are opposed to him and are trying to attribute ‎revolutionary tendencies to him, the whole process is that the Bahraini people and their ‎scholars are demanding the fulfillment of the demands which are their right that Ayatollah ‎Qasim has recently emphasized the impossibility of denying them.”‎

He said, “Although there are two discourses of political reform and revolutionary action in ‎Bahrain, it must be said that as long as power is in the hands of the Al Khalifah, it cannot ‎enter through the discourse of political reform because the treachery of this family for the ‎Bahraini people, who all agree on the realization of their rightful claims, has become clear. ‎The regime doesn’t care about these demands.” ‎

Tags: Saleh Al Khalifah Bahrain Shia Isa Qasim
Short Link rasanews.ir/201rkE
Share
0
Please type in your comments in English.
The comments that contain insults or libel to individuals, ethnicities, or contradictions with the laws of the country and religious teachings will not be disclosed