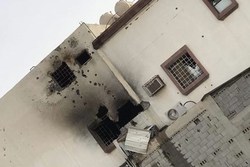 Saudi security forces raided a village in the kingdom’s oil-rich and Shiite-populated Eastern Province of Qatif, killing at least 8 pro-democracy political activists and wounding dozens of others.

The sources added that a number of distinguished opposition figures were fatally shot in the attack.

The attacks are in line with continuous crackdown led by Crown Prince Mohammed bin Salman against pro-democracy campaigners, Muslim preachers and intellectuals.

Meanwhile, a former head of the American visa bureau in Saudi Arabia’s port city of Jeddah says US President Donald Trump’s administration and Congress have given the Al Saud regime the green light to press ahead with its brutal crimes, namely the ongoing atrocious military aggression against Yemen.

J. Michael Springmann told Press TV on Saturday evening that Saudi crude oil and the kingdom’s weapons contracts with Western countries, such as Germany and France, have pushed the West to ignore numerous violations of international humanitarian law by Riyadh.

Springmann then described Eastern Province as the main center of Shia Islam, noting that followers of the radical ideology of Wahhabism display extreme sensitivity to any sort of activism in the area, and tend to link the public unrest there to foreign powers.

Saudi Arabia has stepped up what appears to be politically-motivated arrests, prosecution and conviction of peaceful dissident writers and human rights campaigners.

Late in April, citizens in Qatif said that Saudi police and military established a heavy presence in the Eastern province in preparation for possible protests by the Shiite-majority population after the Kingdom executed 37 people for alleged terrorism-related crimes.

Riyadh has claimed that the men had been put to death for “their adoption of extremist, terrorist ideology and forming terrorist cells to corrupt and disturb security, spread chaos and cause sectarian discord", accusing them of “cooperating with hostile parties in a way that damaged the high interests of the homeland”.

At least 33 of the executed men belonged to the Shiite minority and human rights organizations expressed doubt about the fairness of their trials. The kingdom - that promotes Wahhabism, an orthodox reading of Sunni Islam - has provided little information about what specific crimes had been committed by whom or when.

Adam Coogle, who monitors Saudi Arabia for Human Rights Watch, stated that some of the men were convicted based on confessions that they later withdrew in court because, they said, they had been tortured.

“As a matter of principle, none of these people had lawyers during investigation, so all of these cases are unfair,” he added.

The sentences were carried out in Riyadh, the holy cities of Mecca and Medina, Central Qassim province, Southern province of Asir and Eastern Province, home to the country's Shiite minority, who demanded an end to anti-Shia discrimination and the release of political prisoners.

The beheaded body of one of the victims was attached to a pole for several hours, according to reports.

Bachelet voiced concern about a lack of due process and fair trial guarantees amid allegations that confessions were obtained through torture.

Amnesty International had warned that Saudi Arabia was making use of the death penalty to crush opposition figures.

The Saudi government insisted that all the executions were perfectly in line with the law, but Amnesty International sounded the alarm over what it called a "shocking execution spree".

Amnesty noted that one of the prisoners executed in April was a young Shia man who had not come of age at the time of his alleged offence. The right group announced that Abdulkareem al-Hawaj was just 16 when he was arrested and found guilty of crimes linked to his participation in the anti-government protests.

The mass execution of April was the largest in Saudi Arabia since January 2016, when 47 men were executed on a single day, including Shia cleric Sheikh Mohammad Baqer Nimr al-Nimr.

Crown Prince Mohammad bin Salman (MbS) was appointed the first in line to the Saudi throne by his father, King Salman bin Abdulaziz Al Saud, in June 2017. Since then, MbS has been involved in an aggressive push to purge royals and businessmen critical of his policies under the banner of an “anti-corruption campaign”. He has also ordered the rounding up of scores of activists, high-profile clerics and women's rights defenders. His international reputation has been badly tarnished by his role in Journalist Jamal Khashoggi’s murder in Turkey last year.

Saudi Arabia is the only country in the world which accomplishes execution by beheading.