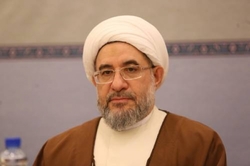 After the victory of the Islamic Revolution, which shook the world, the role of religion was introduced in the field of community management for the first time.

RNA – Ayatollah Araki, professor of Dars al-Kharij (high level educations and advanced studies) at Qom Seminary explored the “the evolution of religion in Europe from the Middle Ages to the contemporary era”.

The Evolution of Religion in Europe

First stage: the first level is the Church Religion era in middle ages. There, the religion had the first word in the Europe and the church had the supreme power. Europe’s problems derived from church deviation from the right path.

Second stage: General rebellion against the church and Renascence. In that stage the church was the symbol of the mustiness of the Europe.

In this era which was the era of Hostility against the religion, "secularism" was introduced as a way of salvation and was presented in various countries in different European countries.

Since the second half of the 20th century, especially after the victory of the Islamic Revolution in Iran, the third stage of religion began in the Europe, during which a kind of return to the religion happened worldwide and the main factor behind of that was the frustrations which the Western society had suffered from a secularist system.

After the victory of the Islamic Revolution, which shook the world, the role of religion had been introduced as the first factor in the field of society management.

Iranian Islamic Revolution was victory against the global sovereignty of secularism, because the US and Europe, ruling the world during the revolution, followed the secularism.

This victory was the victory of the Religion against the secularism. But this religion was not the Church religion.

One of the religious characteristics introduced by Imam Khomeini (RA) was its purity, that is, Islamic teaching which is not only anti-secular, but also combats the distorted religion.

Tags: Ayatollah Araki Islamic Revolution Iran Church Religion Secularism
Short Link rasanews.ir/201rHl
Share
0
Please type in your comments in English.
The comments that contain insults or libel to individuals, ethnicities, or contradictions with the laws of the country and religious teachings will not be disclosed