The enemies feel heavily threatened by the Arba’in pilgrimage

Rasa – Hujjat al-Islam Dirbaz said, “The reactions that we see from the sworn enemies of ‎Islam demonstrates that they feel heavily threatened by the enormous Arba’in pilgrimage.”‎ 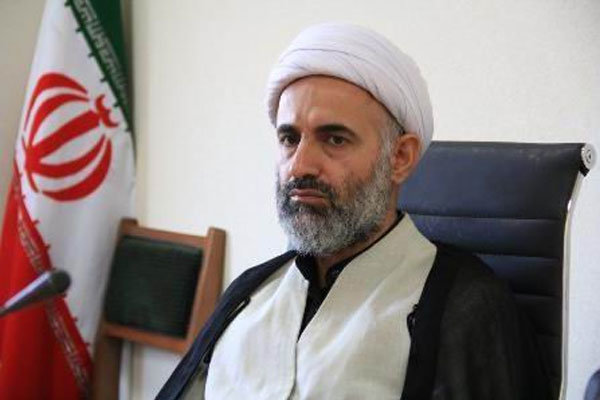 RNA – In an exclusive interview with Rasa News Agency, Hujjat al-Islam Askar Dirbaz, the ‎representative of the people of West Azerbaijan province in the Assembly of Experts, ‎referred to the importance of the Arba’in pilgrimage to the historical dimensions and said, ‎‎“When the Arba’in pilgrimage is realized in a collective manner, it creates social solidarity ‎and ‎unity around the axis of Imam al-Husayn.”‎‏ ‏

The dean of the University of Qom said that the message of the Arba’in pilgrimage to the ‎enemies is as follows, “The Arba’in ‎pilgrimage exposes Islamic dignity and unity to the world ‎and it’s safe to say ‎that this great epic is the largest religious march in the world. It causes ‎curiosity about this issue among many ‎people in various places throughout the world and by ‎‎investigating, they will realize the truth of Islam.‎”‎

Referring to the fear and danger among the enemies regarding the ‎Arba’in pilgrimage, he ‎said, “The reactions that we see from the sworn enemies of Islam, such ‎as the United ‎States, the Zionist regime and the arrogant powers of the world, demonstrates that they feel ‎heavily threatened by the enormous Arba’in pilgrimage.‎”‎

Hujjat al-Islam Dirbaz ‎emphasized, “If the Arba’in pilgrimage takes place in a organized ‎manner, it can ‎have a good reflection in the world, be a firm fist against the mouths of the ‎enemies of ‎Islam and can also provide the grounds for the reappearance of Imam al-‎Mahdi.” ‎

Referring to the educational and ethical works of the Arba’in pilgrimage, His Eminence stated, ‎‎“This ‎enormous epic revives the spirit of jihad and cooperation among the people. Last year ‎we saw that when they returned from the ‎ Arba’in pilgrimage, they went to Kermanshah and ‎helped the ‎earthquake victims in a jihadi manner.‎”

Hujjat al-Islam Dirbaz noted, “Every year that Arba’in passes, the officials must strive to ‎reduce the weak points and ‎strengthen the positive points in order to strengthen them that ‎with the ‎favour of God, this great movement will provide the preliminary steps for the ‎reappearance of Imam al-Mahdi by strengthening the phenomenon of the Islamic ‎awakening.”‎

Tags: Dirbaz Askar Dirbaz karbala Arbain Iran Asgar Dirbaz Arba’in Arba'een Arbaeen Islamic Republic of Iran Iraq Iranian Government
Short Link rasanews.ir/201qme
Share
0
Please type in your comments in English.
The comments that contain insults or libel to individuals, ethnicities, or contradictions with the laws of the country and religious teachings will not be disclosed