Iran isn’t source of fear for anyone

Rasa – The revered source of emulation stressed that Iran is a source of fear for anyone ‎and said, “If the same people who are afraid of Iran abandon the arrogant powers and ‎foreigners and return to the Islamic world, they will be more relaxed.”‎ 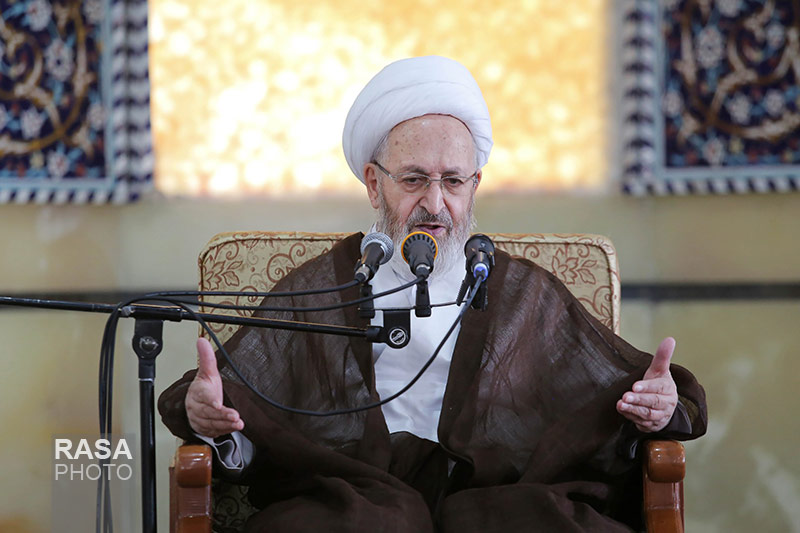 RNA – Speaking during his class at Qom’s Grand Mosque, Ayatollah Ja’far Sobhani said that ‎the epic Arba’in pilgrimage has become a vital issue for the Shi’ah and the Muslim worlds and ‎noted, “Today, the tyrannical countries express dissatisfaction with Shi’ism because they ‎want a government which will say and do whatever they want and which will cooperate them ‎in their work, which was why they didn’t have trouble with Iran during the former [Pahlavi] ‎regime.”‎

The revered source of emulation added, “Today, the enemies see that the Islamic Republic ‎wants to act on the basis of the Quran and sunnah (tradition), to be independent, to act on ‎its own accord and to sell oil for itself and these are heavy issues for the enemies. ‎Previously, they used issue diktats to us in Tehran on what must be done and intervened in ‎elections.”‎

He said that when enemies see that their hands fall short in everything, they expressed ‎dissatisfaction, stating, “Even the reactionary Arab governments have been provoked against ‎the Islamic Republic in order to pursue their Iranophobia program.”‎

Ayatollah Sobhani said, “Iran isn’t something to be afraid of for anyone but it’s a centre of ‎confidence and power for all. If the same people who are afraid of Iran abandon the ‎arrogant powers and foreigners and return to the Islamic world, they will be more relaxed.”‎

His Eminence expressed that presently, Arba’in al-Husayn is a program and a slogan that ‎makes Shi’ism more coherent and said, “People have gathered in Karbala, not just from Iran, ‎but also from Western and Eastern countries, and with the pilgrimage of Imam al-Husayn, ‎the Husayni slogan of ‘hayhat minna al-dhillah’ [we will never be humiliated’] is being ‎practiced.”‎

He said, “Perhaps that millions of people gather in a place on one day for a single purpose is ‎unprecedented in human history and the Arba’in pilgrimage and the presence in Karbala will ‎preserve the integrity of Shi’ism and revitalize the Husayni slogan.”‎