Surrendering and negotiating with the US doesn’t benefit Iran

Rasa – The representative of the people of West Azerbaijan province in the Assembly of ‎Experts emphasized that surrendering and negotiating with the United States doesn’t harm ‎Iran and considered the realization of the Resistance Economy as the solution to the ‎country's problems and called for the authorities to give attention to domestic capacities.‎ 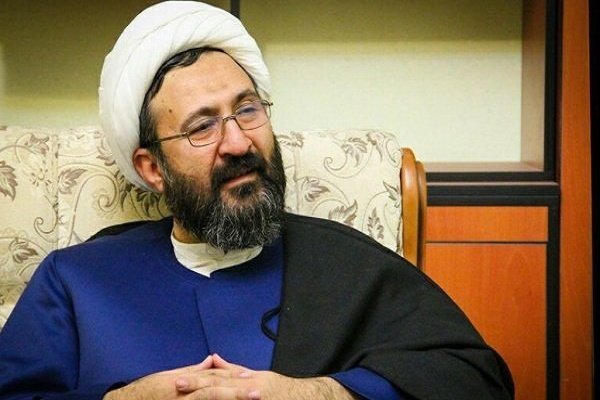 RNA – In an exclusive interview with Rasa News Agency, Hujjat al-Islam Javad Mojtahed-‎Shabestari, the representative of the people of West Azerbaijan province in the Assembly of ‎Experts, said that some comfort-seeking intellectuals think that surrendering to the United ‎States will solve the problems facing Iran and said, “Those who follow this thinking, assume ‎that the solution to the problems is in being obedient to United States and believe that if we ‎do not follow the United States, we will face difficulties.”‎

The teacher in the Islamic Seminary stated that resistance to the blackmail of the United ‎States and Iran’s enemies will lead to a series of problems for society and said, “Obviously, ‎the enemies always try to force us to surrender but such remarks aren’t correct to solve the ‎problems of society because we know that in countries that have surrendered to the United ‎States, their problems have not only not been resolved, but perhaps they face even greater ‎problems. When the enemies observe the resistance of the Islamic society, they don’t stop ‎and always seek to harm the nation. For this reason, it’s a mistake to link some of the ‎country’s problems to not surrendering to the United States.”‎

He said, “One has to ask those who argue that solving the problems of the country depends ‎on surrendering to the United States whether there aren’t any problems for the countries that ‎are intimidated by the United States. Certainly this is not the case and some must not link ‎our  happiness and victory to allying with the enemies.”‎

Hujjat al-Islam Mojtahed-Shabestari stated, “If we join the United States, apart from the loss ‎of dignity, independence and ideals of the Islamic Revolution, our country’s problems will not ‎be resolved. An clear example of this is the reactionary states of the region. Despite the fact ‎that they are the lackeys of the United States, they haven’t been able to solve their ‎country’s problems.”

He stressed that West misrepresents the power indexes and explained the duties of the ‎domestic media in confronting the enemies’ media war, “On this battlefield, the duty of our ‎media, especially the trustworthy and valuable media, in addition to neutralizing the enemies’ ‎media plots, is to try and attack them.”‎

Hujjat al-Islam Mojtahed-Shabestari continued, “The domestic media must not wait for the ‎enemies to attack them, and then fight against them, but they must pursue a line in the ‎name of attacking the enemies. Thus, the domestic media must observe the weaknesses of ‎the capitalists, liberals and negators of Islam and criticize them in order to challenge them.”‎