‎2030 Agenda is a cover for the transfer of Western culture ‎

Rasa – The revered source of emulation warned about the transfer of Western culture in ‎various ways and considered the 2030 Agenda for Sustainable Development as one of these ‎programs.‎ 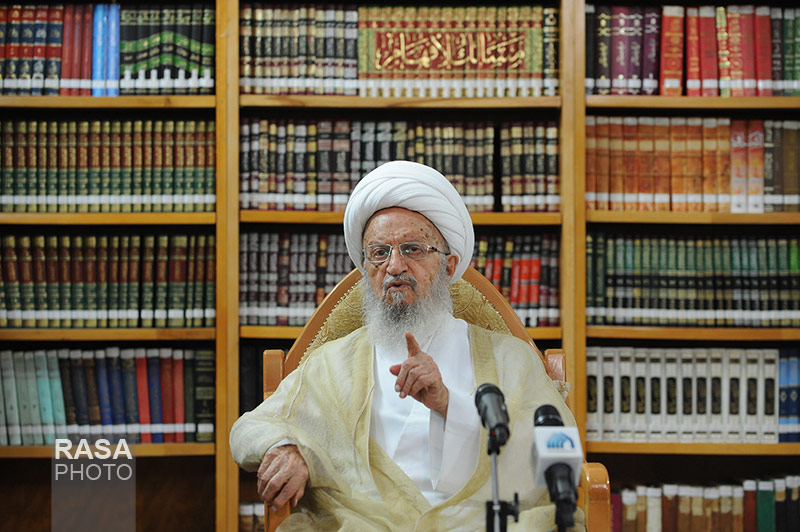 RNA – In a meeting with Mohammad Bathaei, the Minister of Education, Grand Ayatollah ‎Naser Makarem-Shirazi considered that the work of education and training is in harmony with ‎Quranic and religious teachings and said, “If these two pillars, that is education and training, ‎are separated from each other, we will see a catastrophe.”‎

The revered source of emulation mentioned the provision of necessary education to the ‎parents of the students is a part of the mission of the Ministry of Education and noted, ‎‎“Students must be trained in such a way that they are a source of pride for their families ‎from a moral and religious perspective and so that God forbid, they don’t get entangled in ‎moral and social abnormalities.”‎

Referring to the damage that has spread among society due to the expansion of ‎communication devices which impede society, he said, “One of these harms is the pest of ‎the expansion of the internet and social media.”‎

Ayatollah Makarem-Shirazi emphasized that the youth must be taught in such a way that ‎they fully understand the dangers of this issue and understand that the enemies take ‎advantage of the internet to advance their goals. “Parents must also be mindful of this,” he ‎added.‎

The prominent teacher in the Islamic Seminary of Qom said that Iran’s Islamic system of ‎government is a thorn in the eyes of the enemies and added, “The Middle East is one of the ‎important areas where the arrogant powers see its illegitimate interests in the area but the ‎Islamic system is preventing them from attaining them.”‎

His Eminence said that the enemies have used all of their abilities and capital to harm the ‎Islamic system by spreading corruption and damage against society and the religious beliefs ‎of the people.‎

In another part of his remarks, Ayatollah Makarem-Shirazi warned about the transfer of ‎Western culture in various ways and considered the 2030 Agenda for Sustainable ‎Development as one of these programs.‎

He explained that this harmful plan is quietly working in the clothing of service and added, ‎‎“They want to strike their blows in the name of serving humanity and therefore, everyone ‎must be careful.” ‎