Rasa – Ayatollah Ka’bi emphasized the necessity of avoiding division, bipartisanism, ‎dissension and marginalization during the Arba’in pilgrimage and said, “The enemies have ‎drawn up plans to create division between the people of Iran and Iraq.”‎ 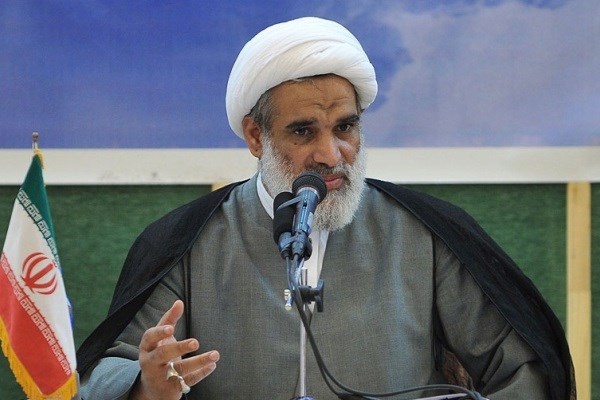 RNA – In an exclusive interview with Rasa News Agency, Ayatollah Abbas Ka’bi, the ‎representative of the people of Khuzestan province in the Assembly of Experts, referred to ‎the epic presence of millions of people in the Arba’in pilgrimage to the Iraqi holy city of ‎Karbala and said, “This presence, with the approach of Husayni knowledge and love, the ‎renewal of the pledge of allegiance to the Husayni movement along with the slogan ‎‎‘Labbayk Ya Husayn’ [Here I am, Oh Husayn’] is meant to keep the memory of Ashura alive ‎and to gain lessons and memories from the message of Ashura.”‎

The member of the Society of Seminary Teachers of Qom argued that Ashura is alive and ‎today, confrontation against the United States and Zionism is done on the basis of the ‎school of Ashura and added, “Arba’in al-Husayn is on the threshold of fighting the arrogant ‎powers of world (November 4th). For this reason, between the pilgrimage of Arba’in and ‎fighting the arrogant powers, the ‘Great Satan’ has established a link at the head of it.”‎

Ayatollah Ka’bi argued that the struggle against the United States and Zionism was taken ‎from the school of Ashura and noted, “The Arba’in pilgrimage has the capacity of mobilizing ‎the free people of the world and to create unity between the Islamic ummah on the basis of ‎the Husayni love for confrontation against the United States and Zionism, all of which are ‎crystallized in the call of ‘Labbayk Ya Husayn.’”‎

He continued, “The contents of the pilgrimage of Arba’in are made possible by strengthening ‎the Husayni knowledge and love and renewing our allegiance to Imam al-Husayn and moving ‎along the path of jihad, sacrifice, martyrdom and preparation for sacrifice in the cause of ‎Islam, and these are the same ‘musts’ must be considered on the Arba’in pilgrimage.”‎

The revered scholar emphasized the necessity of avoiding division, bipartisanism, dissension ‎and marginalization in the Arba’in pilgrimage and said, “The enemies have drawn plans to ‎create separation between the Iranian and Iraqi people and in this regard, intelligence, ‎insight, confrontation against their plans, strengthening the bonds and unity of the two ‎countries and overcoming the sedition are necessary, although the enemies will be defeated ‎in these plans.”‎

It must be noted that Arba’in marks forty days after the Day of Ashura, the day Imam al-‎Husayn ibn Ali, the Prophet Muhammad’s grandson, was martyred in the Battle of Karbala in ‎‎680 CE. ‎

On the day of Arba’in, the Shi’ah faithful traditionally walk for several days or longer to reach ‎the Iraqi holy city of Karbala where crowds chant and march around the Holy Shrine of ‎Imam Husayn. This year, Arba’in will be commemorated on October 30th. ‎

Tags: Kabi karbala Arbain Iran Arba’in Arba'een Arbaeen Iraq Abbas Kabi Ayatollah Kabi
Short Link rasanews.ir/201qjz
Share
0
Please type in your comments in English.
The comments that contain insults or libel to individuals, ethnicities, or contradictions with the laws of the country and religious teachings will not be disclosed