Rasa – Ayatollah Mohsen Heydari referred to the imposition of a impasse in the country as ‎‎“treachery” and said, “Some people have suggested to the people that society has come to ‎a impasse in order to find a way to negotiate and compromise with the United States due to ‎treachery and fear of the arrogant powers.”‎ 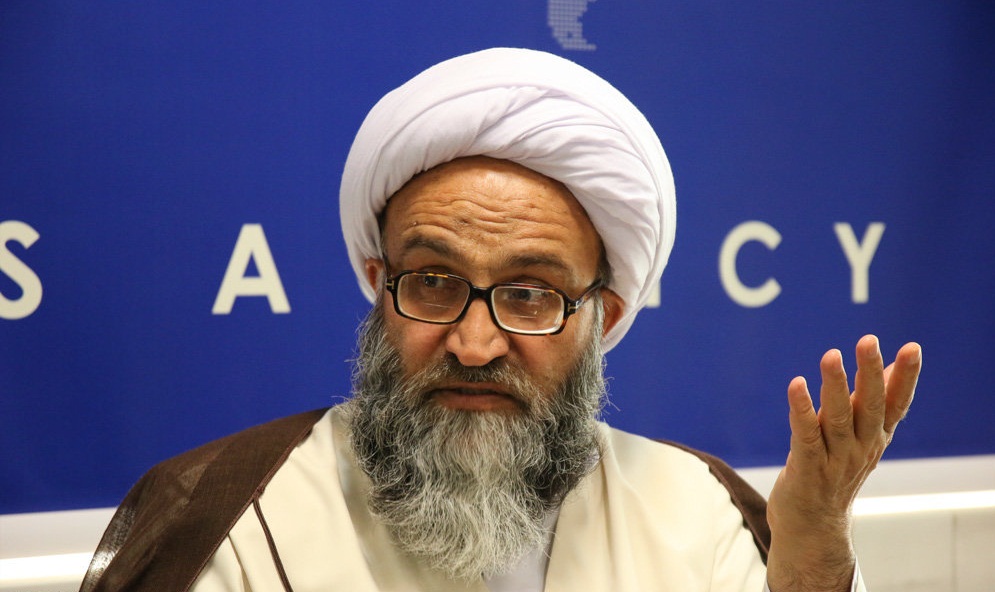 RNA – In an exclusive interview with Rasa News Agency, Ayatollah Mohsen Heydari, the ‎representative of the people of Khuzestan province in the Assembly of Experts, said that ‎some officials didn’t act in the scope that the Supreme Leader of the Islamic Revolution ‎‎[Ayatollah Khamenei] planned for the Islamic system of government, noting, “Some officials ‎have other ideas and are unaware of revolutionary thinking. This has led to the neglect of ‎domestic capacities.”‎

Referring to the necessity of youthfulness and the use of the capacities of the youth in ‎society, he said, “The youth have a clean and healthy nature and therefore, they must not ‎be afraid of their collapse because preaching and counseling can prevent them from doing ‎wrong and introduce them to the path of the movement of the Islamic Revolution.”‎

He referred to the consequences of not paying attention to the capacities of the youth and ‎said, “One of the obvious examples of these consequences is the country’s exclusion from ‎the unique talents of the youth. It’s evident that young people will become a serious ‎challenge when they are not addressed. In other words, the youth are double-edged sword – ‎that is, if they have the necessary opportunities, they will be a factor in the country’s ‎development and if they don’t have the necessary opportunities, they will become a factor ‎of regression and a threat to society.”

Ayatollah Heydari pointed out that inducing the existence of a “impasse” in society is ‎betrayal and added, “Some people always try to people suggest that there is a ‘impasse’ in ‎society to find a way to negotiate and compromise with the United States due to betrayal ‎and some because of the weakness and fear of the arrogant powers, while this isn’t the ‎case, and the country has the strength and capacity to continue without dependence.”‎

The Iranian scholar added that in order to confront those who are trying to instill a “impasse” ‎in society, they must enlighten the various strata of the country and show the realities and ‎said, “The media, in particular the national media, must explain the achievements of the ‎Islamic Revolution and the irrefutable realities of the Islamic Republic to the people.”‎

He emphasized, “If enlightenment takes place and public opinion becomes aware of internal ‎capacities, officials and practitioners will have to adapt themselves to the general ‎atmosphere of the country, strengthen their management and no longer seek to induce the ‎existence of impasse in society.” ‎

Ayatollah Heydari referred to the fact that the United States has now reached a “impasse” ‎and said, “If the United States was in a position of power, its forces in Syria, Lebanon, Iraq ‎would not have been defeated and Daesh would continue to commit crimes. The successive ‎defeats suffered by the United States in the region indicate the fragility of its power.”‎

His Eminence added, “Today, the United States can only force the reactionary states of the ‎region and calls them ‘lactating cows’ but it will never be able to exercise its fragile power on ‎the honourable nations and the Islamic Resistance Front.”‎

Tags: Ayatollah Mohsen Heydari Leader of Iran Iran Iranian politics Mohsen Heydari Iran's Supreme Leader Iranian Revolution Islamic Republic of Iran Iranian Government
Short Link rasanews.ir/201qjD
Share
0
Please type in your comments in English.
The comments that contain insults or libel to individuals, ethnicities, or contradictions with the laws of the country and religious teachings will not be disclosed