Rasa – Hujjat al-Islam Sayyid Hashim Safiuddin said Trump’s “Deal of the Century” will be defeated due to the strength of the Islamic Resistance. 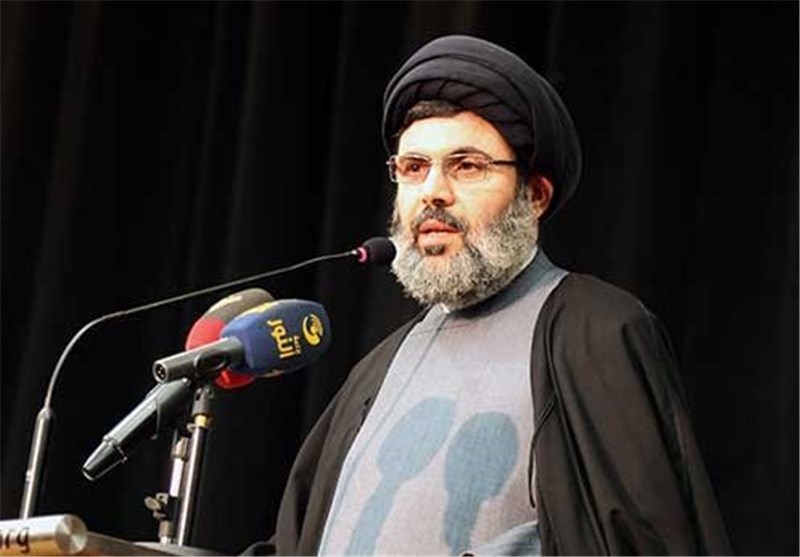 RNA – Speaking at a book signing for Naser Qandil, a Lebanese politician and former Member of Parliament, Hujjat al-Islam Sayyid Hashim Safiuddin, the chairman of the Executive Council of the Lebanese Islamic Resistance group Hezbollah, said, “In the past, some Arab rulers hid their humiliation and weakness but now openly admit that, while Hezbollah has announced its strategic goal from the outset, which is fighting against the occupation of Palestine by the Zionist regime, it hasn’t retreated from it.”

The Lebanese Shi’ah cleric added that if power is accompanied with truth, it will have positive implications. Hezbollah stands on this path and in 2000, it was able to attain liberation for all of the people of Lebanon, the Islamic ummah and especially for Palestine, noting, “After that, in 2006, Hezbollah was able to resist against the heavy attacks by the Zionist regime with the power it had achieved.”

Referring to the recent victories made in Syria, Hujjat al-Islam Safiuddin said, “If we didn’t have this military power, we would not be able to protect the unity of Syria and in that case, even the Palestinian issue would have been forgotten.”

The senior Hezbollah official said that Donald Trump’s Middle East peace plan, known as the “Deal of the Century,” will be defeated due to the strength of the Islamic Resistance, said, “If we didn’t have this military power, we wouldn’t have been able to hold the elections in the country and we wouldn’t be able to talk about the country’s gas and oil resources and the Lebanon would have broken apart and become dispersed.”

He added that the strategic power that Hezbollah insists on acquiring doesn’t belong to Hezbollah alone but rather it belongs to the homeland and this issue isn’t measurable but rather we have a whole-hearted faith in this matter and work for the Hereafter.

Hujjat al-Islam Safiuddin noted, “The strategy of force in its clear sense means that Hezbollah will build a real state in Lebanon where there is no corruption and the rule of law reigns.”

His Eminence said that Hezbollah was present in Syria to defend Lebanon and prevent the war from coming to Lebanon and explained, “We didn’t demand privileges for the services we gave to the country.”

Tags: syrian army Syria Sayyed Hashem Safieddin syrian crisis Lebanon Hezbollah Hashim Safiuddin Syria developments
Short Link rasanews.ir/201qBK
Share
0
Please type in your comments in English.
The comments that contain insults or libel to individuals, ethnicities, or contradictions with the laws of the country and religious teachings will not be disclosed