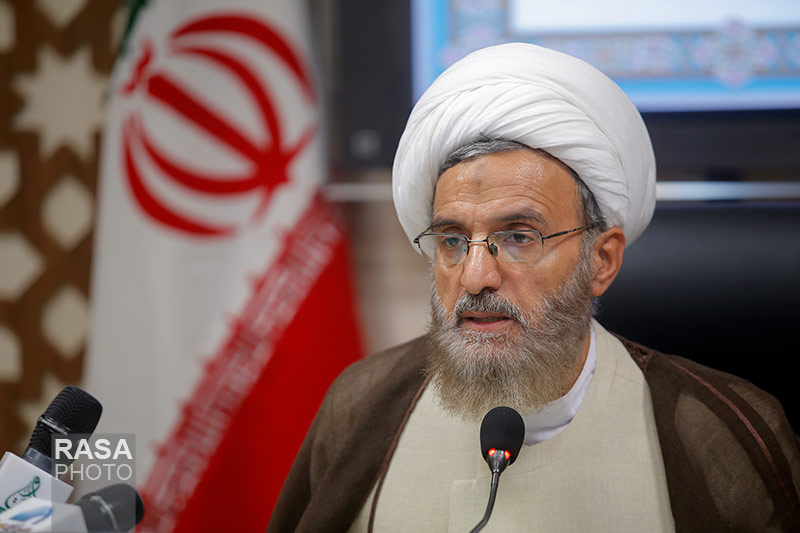 RNA – In an interview with Rasa News Agency, Hujjat al-Islam Abbas Rafati, a spokesman for the management of the Islamic Seminary, said that the enemies of the Islamic Republic of Iran and Islam are always seeking to demonstrate the Islamic Revolution as “inefficient.”

“During the past forty years, the enemies of the Islamic establishment and the revolution haven’t spared any effort to demonstrate the Islamic Revolution as inefficient,” he noted.

Referring to the achievement of many of the goals of the Islamic Revolution by the establishment, Hujjat al-Islam Rafati added, “Of course, we still haven’t achieved some of the goals of the revolution. These goals haven’t been achieved due to the enemies’ conspiracies and the creation of barriers such as war, hypocrites and conspiracies, which have engrossed many of the capacities of the revolution.”

He continued, “Of course, the failure to reach some goals has been due to the weakness of the authorities over the past forty years but at the same time, by reviewing the activities carried out, we will see many achievements.”

His Eminence described the duty of the compassionate supporters of the establishment in counteracting the poisoned propaganda of the enemies and said, “The West and those who are deceived by the Western thoughts present the revolution and the establishment of the Islamic Republic as inefficient and the duty of the media in this regard is greater than in other arenas.”

Hujjat al-Islam Rafati called the current era “the era of media” and explained, “In the era of media, a media war is promulgated and in opposition to the propaganda by the enemies’ media, which introduces the establishment as inefficient, we must act by using the media ourselves.”

Referring to a verse from the Holy Quran, said, “We must attack the same trench that the enemies use to attack us. The media has a duty to express our achievements and they must produce programs in the audio, visual, film and serial formats to introduce the country and the efficiency of the establishment to the world.”

Tags: Abbas Rafati Iran Iranian Revolution Islamic Republic of Iran Iranian Government
Short Link rasanews.ir/201pTr
Share
0
Please type in your comments in English.
The comments that contain insults or libel to individuals, ethnicities, or contradictions with the laws of the country and religious teachings will not be disclosed