Rasa – The Lebanese Shi’ah scholar added that the Karbala’i youth are ready for the day when Palestine is liberated and the moment of this event will arrive soon. 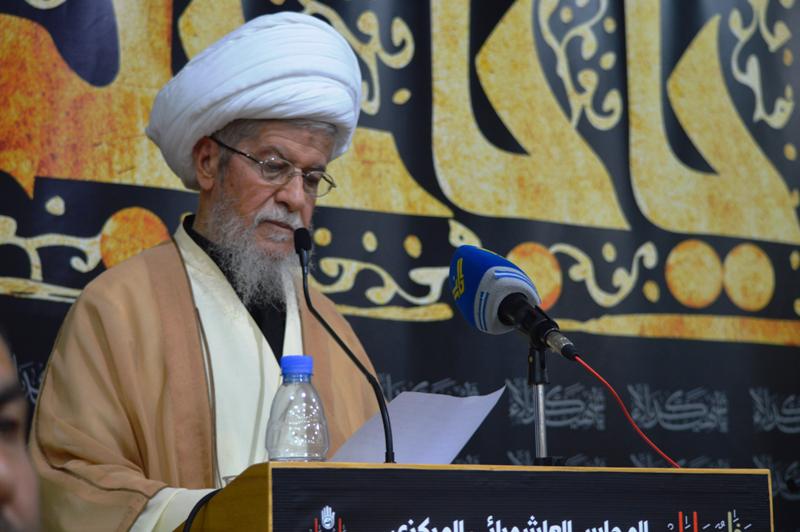 RNA – Speaking during a ceremony commemorating the martyrdom anniversary of Imam al-Husayn, Ayatollah Afif al-Nablusi, the Friday prayer leader of the southern Lebanese city of Sidon, said that Lebanon will never be a passageway for the American and Zionist projects but will always remain a passageway for the liberation of Palestine.

The Lebanese Shi’ah scholar added that the Karbala’i youth are ready for the day when Palestine is liberated and the moment of this event will arrive soon and noted, “Whenever their Husayni commander makes a declaration, they will enter Palestine and God-willing, this land will be liberated.”

Ayatollah al-Nablusi stated, “During these days in which we remember the tragedy and suffering of Imam al-Husayn, his family and companions, we must also remember the great pains of the Muslims of Yemen, Iraq, Syria and Palestine.”

Ayatollah al-Nablusi continued, “The forces of the Islamic Resistance are in the level and magnitude of the wishes of Imam Husayn in sacrifice, patience, affection and sincerity.”

Hezbollah is at the forefront

Hujjat al-Islam Nabil Qawouq, the vice-president of the Executive Council of Hezbollah, spoke to the mourners in the village of Majdal Salam, in the Marja’youn District of southern Lebanon,  and said, “The Islamic Resistance has never reduced to its responsibilities and does not allow the humiliation of the Lebanese people and the homeland.”

He added, “We will continue to fight against the Daesh and al-Nusrah Front Takfiri terrorists in Syria and we will be present at every place to eliminate the danger facing the citizens and the country.”

The senior member of the Islamic Resistance stressed upon the presence of Hezbollah on the frontlines and said, “Just as we were on the frontlines in the war on Takfiri terrorism in Syria, we will be at the forefront of defending our country at any place. We remain vigilant and awake and we are fully prepared to confront the Zionists and achieve a great victory.”

Also speaking at the mourning ceremony, Hujjat al-Islam Ali Yasin, the head of the Association of Scholars of Tyre, said, “Imam al-Husayn’s call of ‘Is there anyone to help me?’ resonates with a great response every year on the day of Ashura.”