Trump’s remarks at the UN will not achieve any result

Rasa – Ayatollah Afif al-Nablusi stressed that the words of the US president Trump at the United Nations General Assembly will not achieve any result. 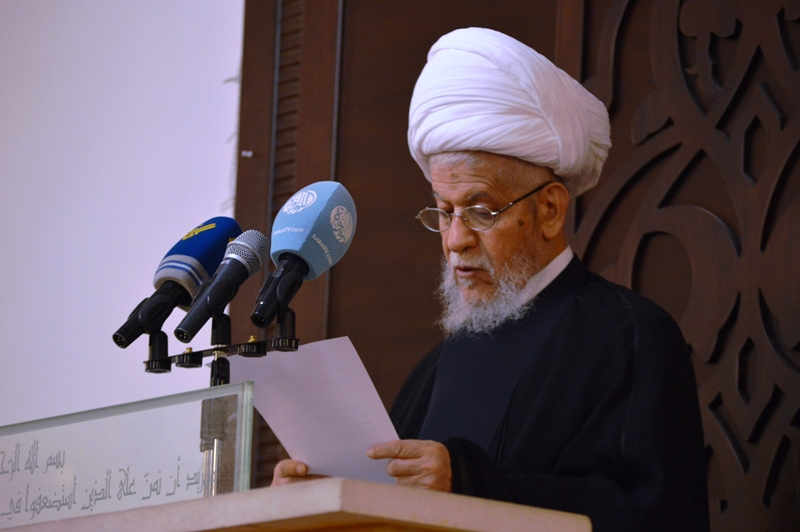 RNA – In his Friday prayer sermon to a large and fervent crowd of believers at Sidon’s Hadhrat Zahra Complex, Ayatollah Afif al-Nablusi said that the enemies’ project to divide Syria will be defeated by its army and allies as well as the heroic forces of the Islamic Resistance [Hezbollah].

Referring to the speech of the American President, Donald Trump, at the United Nations General Assembly on September 19th, the senior Lebanese Shi’ah cleric stressed that such remarks will not achieve any result.

Ayatollah al-Nablusi added that just as the Islamic Resistance Axis defeated the plots against Syria, they will also defeat all plots directed at the country’s political system and security.

He stated that the Lebanese government must work with the Syrian government in regard to the interests of the two countries and the people of these two countries and added that given the new threats and plots by the United States, the darkness of relations between Lebanon and Syria is by no means correct.

Ayatollah al-Nablusi said that the Lebanese government needs to quickly return to its prior relations with Syria and negotiate with Syrian leaders to meet the future challenges imposed by the foreign powers.