Rasa – Referring to the efforts of the Western world to negatively portray Islam and Shi’ism, Ayatollah Hoseyni-Bushehri emphasized that relevant organizations must introduce true human rights to the world with the help of the Islamic Seminary. 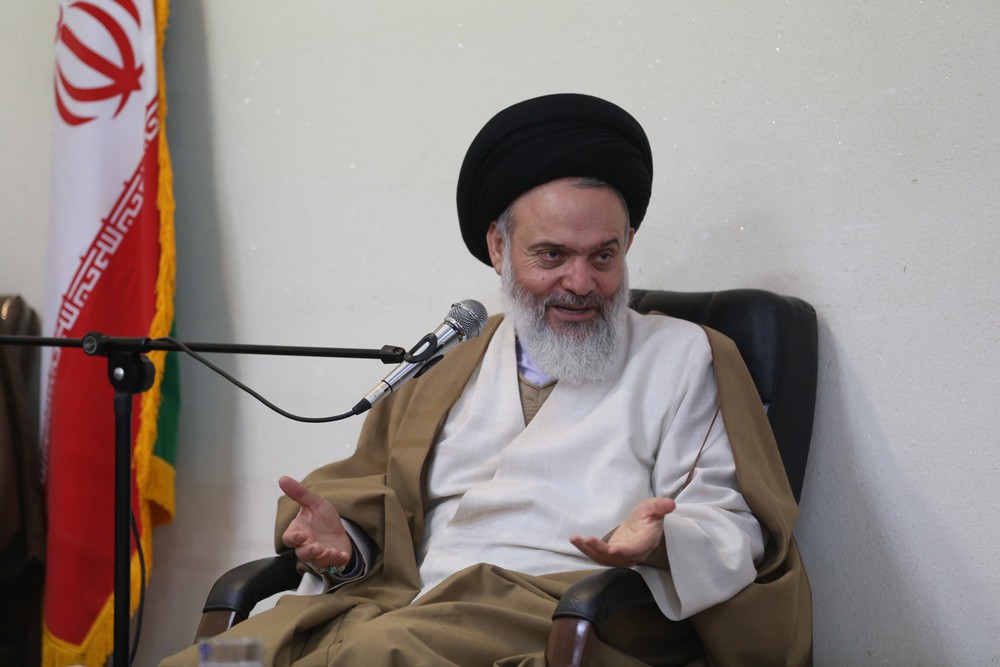 RNA – During an meeting with Ms. Elham Aminzadeh, the Special Assistant to Iranian President Hasan Rouhani for Citizenship Rights, Ayatollah Seyyed Hashem Hoseyni-Bushehri said that we’re facing special situation in the world today, said, “We are witnessing great pain and tragedy in the world today. For this reason, taking responsibility in this area is very important.”

The member of the Society of Seminary Teachers of Qom added, “According to Islamic religious teachings, the same feeling of affection towards the people of our country forces us to speak out regarding the oppressed people whose basic rights have been denied and who are facing oppression.”

In another part of his remarks, referring to the silence of international organizations against the human rights violations in the world, he said, “We don’t want to accuse anyone, but today the slogan of human rights is exclaimed a lot in the world but between their speech and their actions, no compatibility is seen.”

Ayatollah Hoseyni-Bushehri added, “According to statistics, even 25% of the world’s academics who must devote their thoughts, minds and actions to the comfort and tranquility of the people, are considering new ways of making weapons and destructive and deadly tools. This is while peace will never be sustained by weapons and we must get to the point that even the borders of countries don’t require armed guards.”

Referring to a narration from Imam Ali based on his recommendation to Malik al-Ashtar, he stated, “According to Imam Ali, people are from two groups – those whose thought and beliefs in religion and denomination are the same as ours and those people who are one with us as God’s creatures. Thus, all the people of the world must have this same outlook and this statement can be greater than the Universal Declaration of Human Rights.”

The Friday prayer leader of Qom referred to the extraordinary importance given by Islam to the rights of all creatures, and said, “Our religion has even given rights to animals and in the case of the captive and the enemies, there are surprising contents in our narrations which demonstrate the value of our religion even though the world is today engaging in Islamophobia, Shi’aphobia and Iranophobia.”

Ayatollah Hoseyni-Bushehri stressed that the true viewpoint of religious and human rights must be explained from the perspective of Islam at various conferences and meetings. Thus, one of your missions is to write beneficial works and take them to international organizations and you can also use the help of the seminary as well and provide a list of various works which demonstrate the importance given by Islam to human rights in various fields in different languages.”

In conclusion, the revered scholar pointed out that we must prevent the influence of the words of the enemies and said, “Today, the field of cooperation with the Islamic Seminary is available to you and you can learn from the education and books available in the seminary and appropriate religious knowledge to suit the needs of the communities.”