Rasa – Leader of Iraq’s National Alliance Ammar al-Hakim denounced a unilateral plan by the autonomous Kurdish region to hold an independence referendum, saying the move would be a threat to the Arab country’s unity and peace. 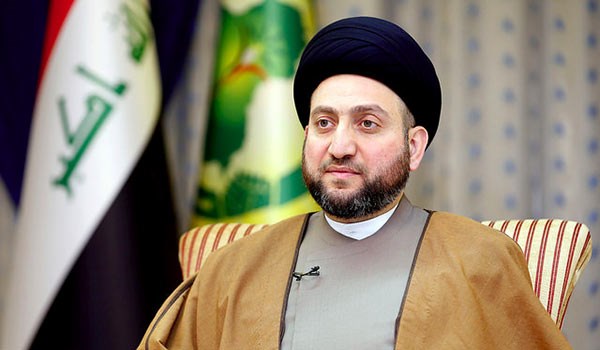 RNA - “The (Kurds’) insistence on holding a referendum is a step against Iraq's unity and jeopardizes the peace and health of the community, and deals a heavy blow to the country’s solidarity,” Hakim said in a speech on Friday.

"Dialogue provides a basis for all solutions, and we want to form a national front to defend the unity of Iraq and convince the whole Iraqi people to protect this unity and adhere to it,” he added.

The top cleric further said the people of Kurdistan should be aware that their power and prosperity hinges on their connection with the Iraqi society as a united nation.

Officials in Iraq’s semi-autonomous Kurdistan region have said the northern territory would hold the independence referendum on September 25.

Masoud Barzani, the president of the Iraqi Kurdish Regional Government (KRG), announced the vote on June 7.

Earlier this month, Iraqi parliamentarians have rejected the legitimacy of the vote and the central government in Baghdad which is strongly opposed to this move has said it will do everything possible to keep the unity of the country intact.

Iraq’s neighbors, including Iran and Turkey, are also strongly opposed to such a move.

Tags: Kurdish Referendum Kurdish Ammar Hakim Iraq
Short Link rasanews.ir/201oUu
Share
0
Please type in your comments in English.
The comments that contain insults or libel to individuals, ethnicities, or contradictions with the laws of the country and religious teachings will not be disclosed