Rasa - The chairman of the Global Union of Scholars of Resistance, expressed regret over the silence of Saudi Arabia over the killing of Muslims in Myanmar. 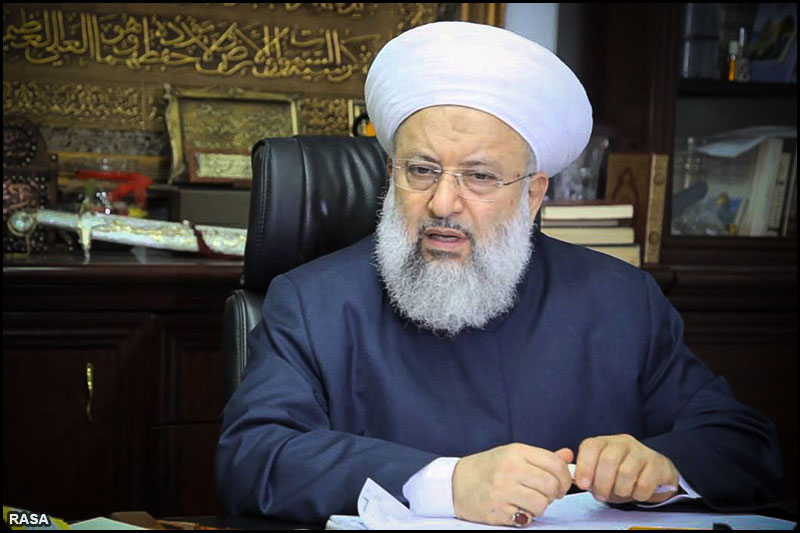 RNA - Shaikh Maher Hammoud, head of the Global Union of Scholars of Resistance, during his Friday prayers sermon at the Quds mosque in Lebanon, condemned the crimes against Muslims in Myanmar, saying that displacement, murder, rape and racial and ethnic cleansing in western Myanmar, especially the region Arakan is a fact that no one can deny, but the Islamic countries and other countries of the world have become completely silent.

He added that the popular demonstration in the capital of Chechnya is the only decent reaction to the events in Myanmar, which was held with the presence of the president, and insisted that “I wish I had a nuclear weapon to take revenge on the oppressed people in the area.”

Sheikh Maher Hammoud criticized "Saudi Arabia's silence", saying: "One Saudi media insisted that Muslims in Myanmar demanded separation and should not be supported. Is the lack of support for Muslims in Myanmar because of their lack of dependence on Wahhabism? I cannot believe there are still people on earth who believe in such thoughts.”

Referring to the disastrous picture of Myanmar, he continued: “Some photographs published in various media have been attributed to Myanmar, but it has been found that these crimes have been committed in different areas. The reason for the attribution of these photographs to Myanmar is unknown, but no one can deny that the crime against the Muslims in the area is actually happening.”

The chairman of the Global Union of Scholars of Resistance has also warned against attempting to motivate Muslims in Southeast Asian countries, saying: "Some want to start a war between Muslims and Buddhists to destroy these countries, like Iraq and Syria." Unfortunately, one billion and five hundred million Islamic people are unable to study the facts and provide a solution and therefore are unable to defend the oppressed Muslims.

Tags: Saudi Arabia Myanmar Maher Hammoud
Short Link rasanews.ir/201oRq
Share
0
Please type in your comments in English.
The comments that contain insults or libel to individuals, ethnicities, or contradictions with the laws of the country and religious teachings will not be disclosed