Victory over terrorism not possible without Iran’s support

Rasa – Shaykh Khalid al-Mulla praised Iran for its support of Iraq in the fight against terrorism, saying that recent victories over foreign-backed terrorists could not be reached without this support. 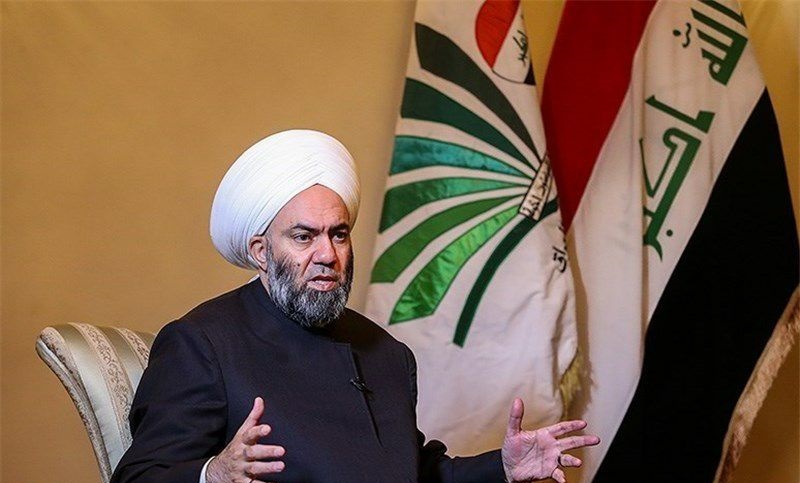 RNA – In an interview with the media, Shaykh Khalid al-Mulla, the head of Iraqi Scholars Association, praised the Islamic Republic of Iran for its support of the Arab country in the fight against terrorism, saying that recent victories over foreign-backed terrorists could not be reached without this support.

The Iraqi Sunni cleric said, “We are proud... to declare that the Islamic Republic of Iran supports Iraq’s resistance groups in the war on extremists.”

He also emphasized that the Iranian nation, headed by Leader of the Islamic Revolution Ayatollah Seyed Ali Khamenei, wants peace and stability in Iraq, like in all other Islamic nations.
Iran’s supports for the Islamic nations do not hinge on their religious beliefs, because it has backed even those nations which were not Shi’ahs, he added.

The prominent cleric further commended the dedication and devotion of Iraq’s volunteer troops, known as Popular Mobilization Forces, and Tehran’s role in the anti-terror campaign, and said the efforts made by the volunteer forces could not bear fruits if Iran had not backed them.

The remarks came as Iraq has been facing the growing threat of terrorism, mainly posed by the Daesh (ISIL) terrorist group.

Daesh militants made swift advances in much of northern and western Iraq over the summer of 2014, after capturing large swaths of northern Syria.

However, a combination of concentrated attacks by the Iraqi military and the volunteer forces, who rushed to take arms after top Iraqi cleric Ayatollah Sayyed Ali al-Sistani issued a fatwa calling for fight against the militants, have blunted the edge of Daesh offensive.

Amid tensions in Iraq, Iran is known as the first country to help the Arab country and has always voiced support for Iraq’s solidarity and prosperity.