Dissension between Shi’ahs and Sunnis creates security for Israel

Rasa – “By creating ethnic and religious frictions, the enemies fan the flames of war in the region in order to create a margin of security for the Zionists and their allies,” Ayatollah Nouri-Hamadani said in a message to the Congress on Islamic Unity and Modern Civilization. 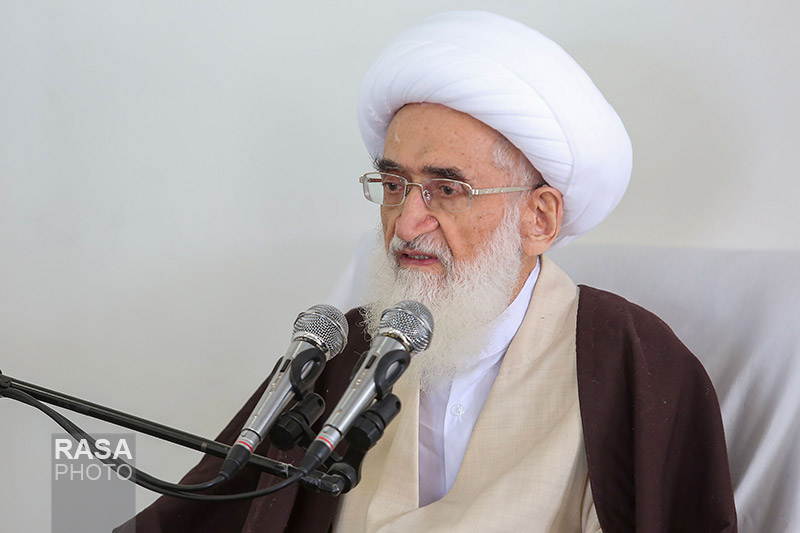 RNA – In a message to the Congress on Islamic Unity and Modern Civilization, Grand Ayatollah Hoseyn Nouri-Hamadani called on the great scholars of Sunni and Shi’ah Islam to work together with consciousness, unity and friendship to defeat the enemies’ plots.

The text of the revered source of emulation’s message is as follows:

Given this situation, the duties of the scholars of Islam and the elites are very difficult. On one hand, we have an obligation to recognize and introduce pure Islam and on the other hand, we face hypocrisy and arrogance.

These principles cannot be realized and implemented without proximity between the Islamic schools of thought, which is the most important factor for unity. It should be noted that the Takfiri and extremist phenomena and the creation of false sects and schools of thought threaten the basis of religion and society.

The discussion of approximation should be conducted in public in a practical manner and the seminaries, elite, teachers and missionaries must be the pioneers in this field.

We believe in maintaining our principles, organizing debates and scientific meetings, just as that which occurred during the era of the Ahlul-Bayt, where Sunnis and Shi’ahs attended school together. Currently, cooperation and approximation are among our obligatory religious duties and we must follow them.

Of course, any act of dissension and blasphemy against the sanctities and religious leaders of other sects, just as Imam Khomeini and the Supreme Leader have stated, are not permissible.

Today, the arrogant powers have concluded that by driving a wedge between Sunnis and Shi’ahs, they can achieve their evil purposes and by creating ethnic and religious frictions, they fan the flames of war in the region in order to create a margin of security for the Zionists and their allies.

We call on the great Sunni and Shi’ah scholars throughout the Muslim world to thwart these plots through vigilance and to join together in unity and friendship with each other in a practical manner and to expel the false fronts which have appeared in the name of Sunnism or Shi’ism and which engage in acts of extremism and frustrate the enemies of the Islamic world.

May the peace, mercy and blessings of God be upon you,
Hoseyn Nouri-Hamadani
February 22, 2017