Saudi Arabia ‘the birthplace of terrorism’

Rasa – Ayatollah Makarem-Shirazi pointed out that Wahhabism is the source of terrorism and its capital is Saudi Arabia and added, “Saudi Arabia is the US’ closest friend.” 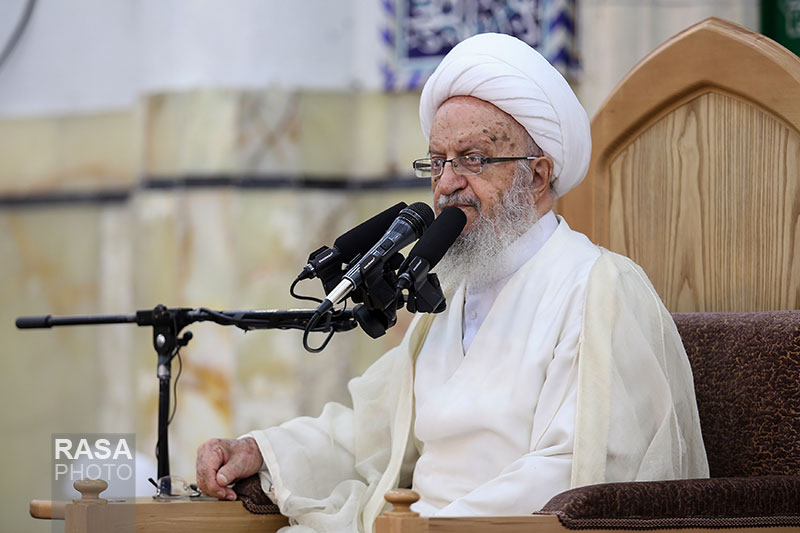 RNA – Speaking during his jurisprudence class at Qom’s Grand Mosque, Grand Ayatollah Naser Makarem-Shirazi referred to the views of those Iranian apologists who believe in compromise with the United States, explaining that such individuals say that we shouldn’t incite the Americans and rather Iran should work alongside American politicians in partnership and comradery and once we have amity and goodwill with them, they will become ashamed and befriend us.

The revered source of emulation emphasized that today, the curtains have been drawn aside and it has become obvious that the US is guilty of breaking their commitments and after a year and a half of negotiations, they have made excuses in order to renege on fulfilling their obligations and yet, some individuals justify this and say we should compromise with the US.

He stressed that the American leaders’ lies are worse than their breaking of their commitments and added that recently, the new US President, Donald Trump, has called Iran “the number one terrorist state.”

Ayatollah Makarem-Shirazi stated that Trump’s words are a great lie and that it’s unimaginable that a country such as Iran wouldn’t fight against terrorism in Syria, Lebanon and Iraq, however American officials consider Iran as a supporter of terrorism.

He added that modesty and shame in the political world has no meaning and is considered a great lie and this is worse than breaking a commitment.

His Eminence referred to the enemies’ acknowledgement that the US’ entry into Iraq was a precursor to the formation of the Daesh Takfiri terrorist group and said, “The US formed Daesh itself and engages in defending them in Syria.”

Ayatollah Makarem-Shirazi pointed out that Wahhabism is the source of terrorism and its capital is Saudi Arabia and added, “Saudi Arabia is the US’ closest friend” and added that those who are up to their necks in favour of terrorism, have stated the greatest lie by claiming Iran is the greatest sponsor of terrorism in the world. “For this reason, we must be higher than the wall of mistrust of the US,” he said.

The teacher in the Islamic Seminary stressed upon the necessary of unity, solidarity and recognition of the enemies of the Iranian nation and said the Iranian people are standing on their own feet and doesn’t have any ambitions in neighbouring countries nor does it want even an inch of their water or soil.

Ayatollah Makarem-Shirazi said that the Iranian people have made many sacrifices against terrorism and said, “We ask God Almighty to protect us from the enemies.”