Rasa - The representative of prominent Bahraini cleric Sheikh Isa Ahmed Qassim in Iran hailed the resistance of the Persian Gulf county’s people against the Al Khalifa regime as the only protection for the prominent cleric. 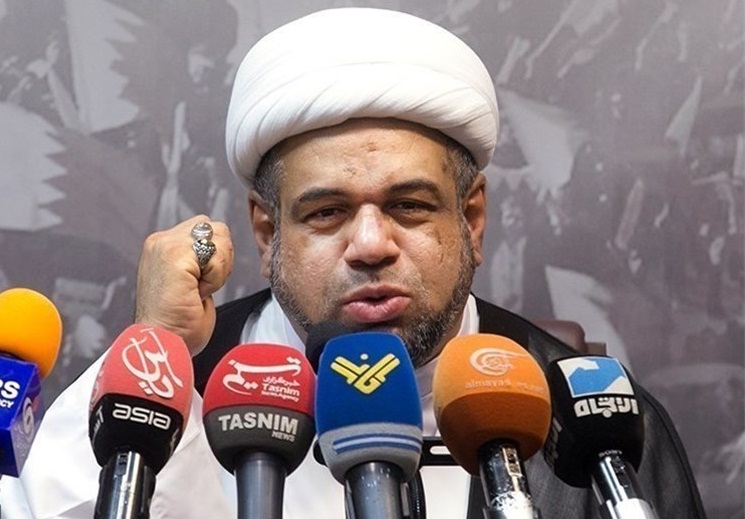 RNA - “The only protection for our leader, Ayatollah Isa Qassim, is the presence and resistance of the people,” Sheikh Abdullah al-Daqqaq said, addressing a ceremony in the central Iranian city of Qom on Monday held to mark the anniversary of Bahrain’s February 14 Revolution.

He further said with the arrival of the seventh anniversary of the revolution, Bahrainis are witnessing a security atmosphere in the country, adding that any government that uses militarily means against its people will finally collapse.

The remarks come as Bahraini youths continue sit-ins in the restive village of Diraz to express their solidarity with Sheikh Qassim, who is the spiritual leader of the Shiite majority in the Arab country.

The sit-in staged in front of the home of Sheikh Qassim in the northwestern village has continued for nearly a year.

In a statement on January 28, Bahraini religious scholars called on the people to take part in nationwide rallies to express their solidarity with Sheikh Qassim, whose citizenship the Al Khalifa regime has revoked.

“We hereby pledge to shed the last drop of our blood in defense of religious and national leader, Ayatollah Sheikh Isa Ahmed Qassim,” the statement read.

Thousands of anti-regime protesters have held demonstrations in Bahrain on an almost daily basis ever since the popular uprising began in the kingdom in February 2011.

Tags: Sheikh Qassim Al Khalifa Abdullah al-Daqqaq bahrain
Short Link rasanews.ir/201nAw
Share
0
Please type in your comments in English.
The comments that contain insults or libel to individuals, ethnicities, or contradictions with the laws of the country and religious teachings will not be disclosed