Rasa – A member of Iran’s Guardian Council said that all together, the Iranian people must resist the enemies, both within and outside the country and added, “The people can undermine the enemies’ conspiracies through unity and faith in God.” 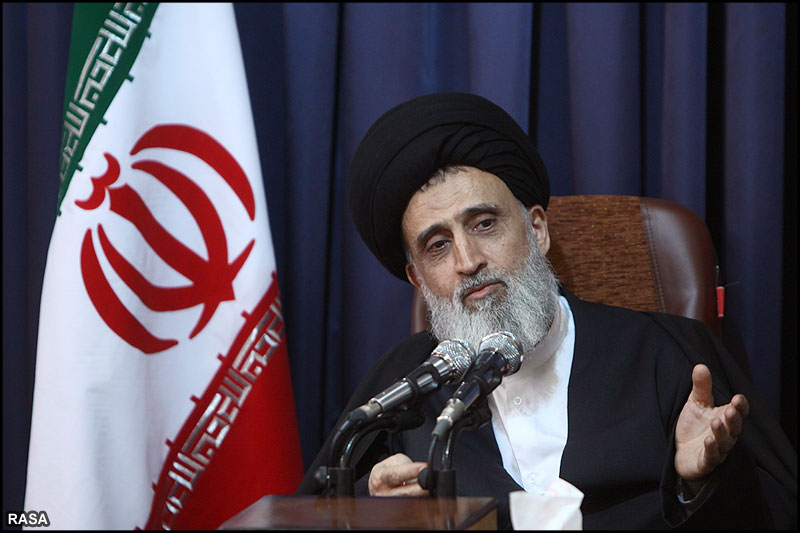 RNA – In an interview with Rasa News Agency, Ayatollah Sayyed Mohammad-Reza Modarresi-Yazdi, a member of Iran’s Guardian Council, emphasized the importance of the Iranian people’s widespread participation in the country’s 22 Bahman [11 February] rallies which mark the anniversary of the 1979 Islamic Revolution.

The member of the Society of Seminary Teachers of Qom said, “In the current situation, where Iran is developing and progressing in many different areas, the enemies oppose our efforts and every day, increase their pressures and conspiracies against the nation and the noble people of Iran. In order to maintain the achievements of the Islamic Revolution and the Islamic Republic, we must be more vigilant.”

Ayatollah Modarresi-Yazdi added that the people must exercise caution and have a greater presence on the scene and said, “Until now, with their presence and trust in God and the leadership of Imam Khomeini and Ayatollah Khamenei, the enemies’ plots have been foiled and from now on, the people must also stand against the enemies’ new plots.”

He said that all together, the Iranian people must resist the enemies, both within and outside the country and added, “The people can undermine the enemies’ conspiracies through unity and faith in God.”

The Iranian cleric added that by participating in events, such as the 22 Bahman rallies, they can frustrate the enemies’ plots and please their allies.

Addressing the enemies and the opponents of Iran’s Islamic system of government, Ayatollah Modarresi-Yazdi stated, “The unity and solidary of the Iranian nation is such that you have so far failed to achieve their evil goals. From now on this is also the case and just as you have increased your plots against the Iranian nation, the unity of the people has become stronger and they have become more aware and also, their support of the government and leadership will also become stronger.”

Tags: Iran Ayatollah Modarresi Modarresi-Yazdi Modarresi Bahman 22 Iranian Revolution 22 Bahman Islamic Republic of Iran 22nd of bahman Iranian Government
Short Link rasanews.ir/201n9c
Share
0
Please type in your comments in English.
The comments that contain insults or libel to individuals, ethnicities, or contradictions with the laws of the country and religious teachings will not be disclosed