Formation of Takfirism ‘the result of heresy in religion’

Rasa – The head of the Jurisprudence Centre of the Pure Imams said that the origin of the current crimes committed by the Daesh Takfiri group is due to the acts of treachery and heresy carried out by certain Sunni scholars, including the attacks against Shi’ah beliefs and the Imams by ibn Taymiyyah. 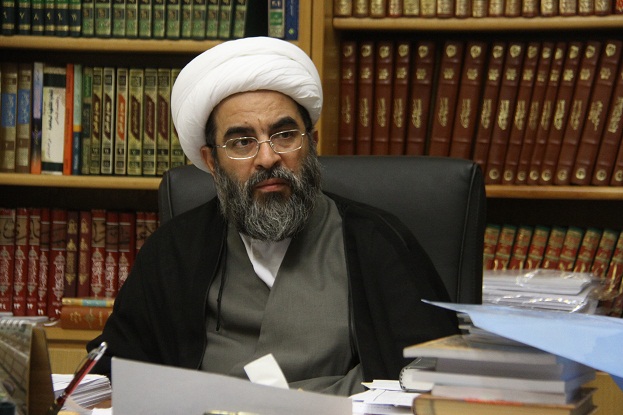 RNA – Speaking during a meeting with officials from Mashhad’s Specialized Centre for Comparative Studies of Islamic Sects, Ayatollah Mohammad-Javad Fazel-Lankarani stressed upon the importance of extracting and analyzing Islamic beliefs from the words of the Imams and added that if this is achieved in the seminaries, it will lead to many blessings for Shi’ahs and ultimately, the failure of the enemies of Islam and the Ahlul-Bayt.

The head of the Jurisprudence Centre of the Pure Imams said that Islamic scholars strived hard to collect the narrations of the Infallible Imams but when the enemies and individuals like Taqi ad-Din Ahmad ibn Taymiyyah, a controversial medieval Sunni theologian and jurist, encountered narrations which implied the praise of the Imams, he considered them as lies, problematic or as having weak chains of narration and therefore rejected them.

He said that the origin of the current crimes committed by the Daesh Takfiri group is due to the acts of treachery and heresy carried out by certain Sunni scholars, including the attacks against Shi’ah beliefs and the Imams by ibn Taymiyyah.

The Iranian cleric said that the crimes of ibn Taymiyyah are much greater than Daesh and Muhammad ibn Abdul-Wahhab, who inflicted this false thought and crime on humanity, laid the foundations of these crimes.

“If religion is deviated, it can result in bloodshed and Islam will also be described as terrorism,” he noted.

Ayatollah Fazel-Lankarani said added that when Muslims witness the crimes of Takfiri groups, they must realize that the Infallible Imams are essential to guide religion because today, deviant Salafis and Daesh are the result of deprivation from the pure teachings of the Infallible Imams.

His Eminence said that teaching seminary students upon the basis of the analytical method is necessary and said, “Today, it’s clear that if a seminarian can study with a good and strong will, in the not too distant future, he can transform into an academic pillar who can stand against anti-religious and intellectual movements anywhere in the world and can be the flagbearer of the sanctity of wilayah [guardianship].”

Ayatollah Fazel-Lankarani stated that seminarians and scholars of religion should place service to religion at the forefront of their lives and after completing higher levels of education, they should always provide their services to the Infallible Imams and it’s important for everyone to explain these teachings.

“It’s important to know that apart from the school of the Ahlul-Bayt, there is no Islam,” he said.

Tags: Takfiri Terrorism DAESH Takfiri Wahhabi ISIS ISIL Salafi Takfir Wahhabis Wahhabism Fazel-Lankarani Ayatollah Fazel Lankarani Takfirism
Short Link rasanews.ir/201n67
Share
0
Please type in your comments in English.
The comments that contain insults or libel to individuals, ethnicities, or contradictions with the laws of the country and religious teachings will not be disclosed