Arba’in can become source of unity between Muslims

Rasa – Ghazi-Askar said: “Indeed if we pursue this issue, Arba’in can become a source of unity among Muslims and the oppressed throughout the world.” 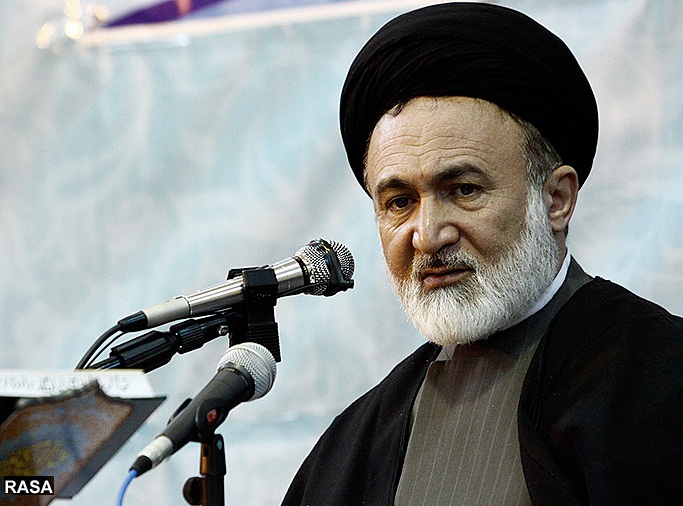 RNA – Speaking at the Supporters of the Media of Arba’in Conference held at Jamkaran’s Supporters of Imam al-Mahdi Complex, Hujjat al-Islam Sayyed Ali Ghazi-Askar stressed that it is necessary for the media to give specific attention to covering the carious aspects of the great epic Arba’in walk toward the Holy Shrine of Imam Husayn in the Iraqi city of Karbala.

The Supreme Leader’s representative for Hajj and Pilgrimage Affairs said, “We must familiarize the people with the main objective of the Arba’in march which is gaining a deep understanding of the aims and ideals of Imam Husayn.”

He noted, “By the grace of God, we have witnessed a great and internationally prominent movement in recent years that has made the enemies sensitive and they have made plans for it in order to reduce its grandeur.”

Hujjat al-Islam Ghazi-Askar also emphasized that if we want to combat ignorance, deviancy and oppression, we must note that keeping Arba’in alive is a move in this direction because it means that we have paid allegiance to all of the Imams and we will not leave this path.

His Eminence noted that our fight against injustice, oppression, hypocrisy and deception is a lesson which we have learned from Imam Husayn and added that this issue must be especially demonstrated on the day of Arba’in.

The Iranian cleric said that Arba’in must express the international solidarity of Muslims and even non-Muslims in the face of oppression and imperialism and said: “We must work so that every year this great movement transforms into an anti-imperialistic movement throughout the world and at the same time becomes the focus of unity between Shi’ahs and Sunnis.”

Hujjat al-Islam Ghazi-Askar added that the Wahhabi ideology is quite different from Sunni doctrine because the key link between Shi’ahs and Sunnis is the love of the Ahlul-Bayt. “Indeed if we pursue this issue, Arba’in can become a source of unity among Muslims and the oppressed throughout the world,” he said.

He also called on the media to highlight the international and anti-imperialistic dimensions of Arba’in and added that all must work and be vigilant by using the slogans of anti-imperialism, brotherhood and sacrifice so that the enemies do not attempt to misuse some marginal issues or use false ideologies to their advantage.

In conclusion, Hujjat al-Islam Ghazi-Asgar said we must demonstrate a communal and a self-sacrificing lifestyle in regard to Arba’in and introduce it as a model to society because if we can highlight the objectives and effects of Arba’in, undoubtedly, we can combat cultural and social damages.

Tags: Ghazi-Asgar Hajj and Pilgrimage Organization karbala Qazi-Askar Arbain Arba’in Arbaeen Pilgrimage Hujjat al-Islam Qazi-Askar Iraq Pilgrim
Short Link rasanews.ir/201mSV
Share
0
Please type in your comments in English.
The comments that contain insults or libel to individuals, ethnicities, or contradictions with the laws of the country and religious teachings will not be disclosed