Rasa - Ammar al-Hakim, the head of the Islamic Supreme Council of Iraq (ISCI), expressed deep concern over crises facing Muslims, calling for dialogue among Islamic countries to find ways to tackle them. 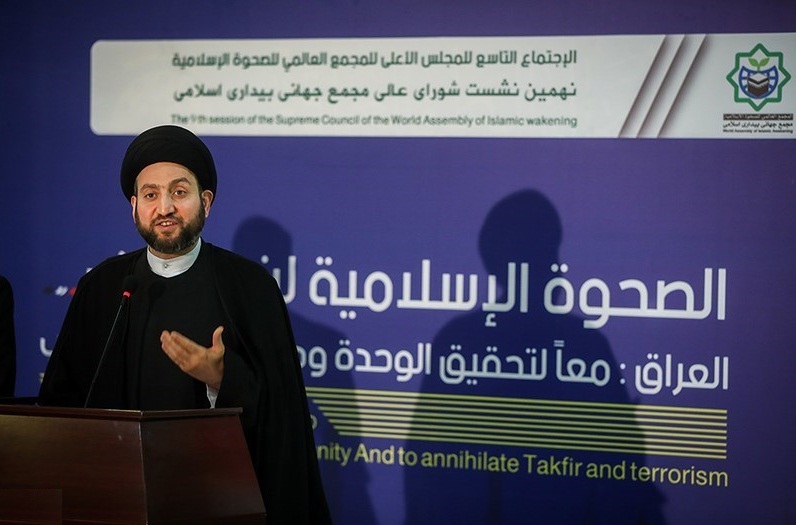 RNA - Addressing the 9th session of the Islamic Awakening Supreme Council in Baghdad on Saturday, Hakim, who has also been recently elected as the leader of the National Alliance, the largest political bloc in Iraq’s parliament, said Muslim nations are facing “decisive challenges”, like extremism.

He further called on Islamic countries to hold dialogue on their concerns and find ways to resolve them.

Hakim also pointed to the issue of Palestine as still being the main concern of the Muslim world and one that should be brought into the spotlight.

50 clerics, scholars and intellectuals from 22 Muslim nations are attending the two-day conference in Baghdad.

It commenced this morning with a speech by Secretary-General of the World Assembly of Islamic Awakening Ali Akbar Velayati.

Tags: Ammar al-Hakim Iraq
Short Link rasanews.ir/201mQg
Share
0
Please type in your comments in English.
The comments that contain insults or libel to individuals, ethnicities, or contradictions with the laws of the country and religious teachings will not be disclosed