US seeks to cover up Saudi Arabia’s crimes in Yemen

Rasa – A member of the Supreme Council of the Islamic Seminary of Qom argued that it is possible that the United States’ claim that Houthis launched missiles on a group of American warships in the Red Sea is an attempt to cover up Saudi Arabia’s crimes against Yemen. 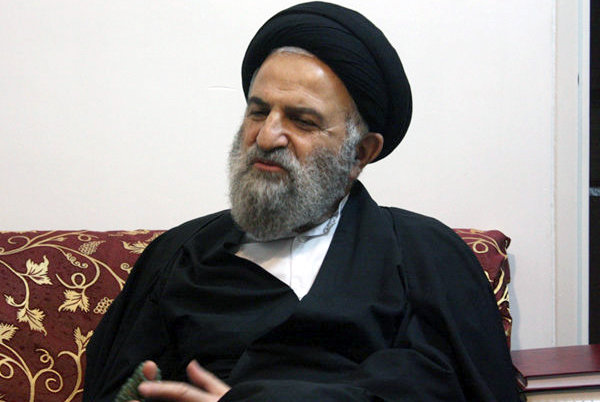 RNA – In an interview, Ayatollah Sayyed Mohammad Gharavi, referred to the disparity in the Saudi war against Yemen, saying, “Saudi Arabia began an unequal war against the Yemeni people and the United States and Western countries have not spared to provide aid to Saudi Arabia from behind the scenes in this war and the Saudi intervention in Yemen is against the wishes of the legitimate government of this country.”

The member of the Supreme Council of the Islamic Seminary of Qom added that the aim of Saudi Arabia and the United States is to establish a puppet government to govern the impoverished Arab country. “They assumed that they could overthrow the [Houthis and forces loyal to former President Ali Abdullah Saleh] and install a pro-Saudi government within a few weeks but they were met with massive resistance against the Yemeni people,” he said.

Ayatollah Gharavi reiterated that the Saudi regime has used its power in Yemen to commit many war crimes in Yemen and noted that in their latest crime, the Saudi regime bombed a house where a funeral was occurring in Sana’a.

140 civilians were killed and 500 were wounded in the October 8th attack.

“Pictures of the martyrs who died in the bombing indicate the heinous nature of the crimes committed by Saudi Arabia,” he added.

He referred to the United States’ responsibility for the war crimes in Yemen, saying that Saudi Arabia is not only responsible for the criminal bombing of the funeral but rather the United States was also involved in the crime. “It is possible that the United States’ claim that Houthis launched missiles on [a group of American warships in the Red Sea] is an attempt to cover up Saudi Arabia’s crimes against Yemen,” he said.

The Iranian cleric said that in order to justify Saudi Arabia’s involvement in Yemen, the United States has claimed that Iranian missiles were used in the alleged missile attacks and it appears that these measures are a scenario to justify their own crimes in Yemen. “However, these war crimes will remain on the record of the United States and Saudi Arabia,” he said.

Ayatollah Gharavi stressed that the Yemeni people will never forget the crimes of the United States and Saudi Arabia and added that these countries should stop committing such crimes against Yemen and the continuation of these atrocities should not be tolerated in any way by the international community.

“We hope that the outcome of the current events are in the interest of the oppressed people of Yemen,” he stated.