Rasa – Shaykh Maher Abdul-Razzaq stressed that Arab and Islamic nations should listen to the speech of Hezbollah’s Secretary-General delivered on the occasion of Ashura. 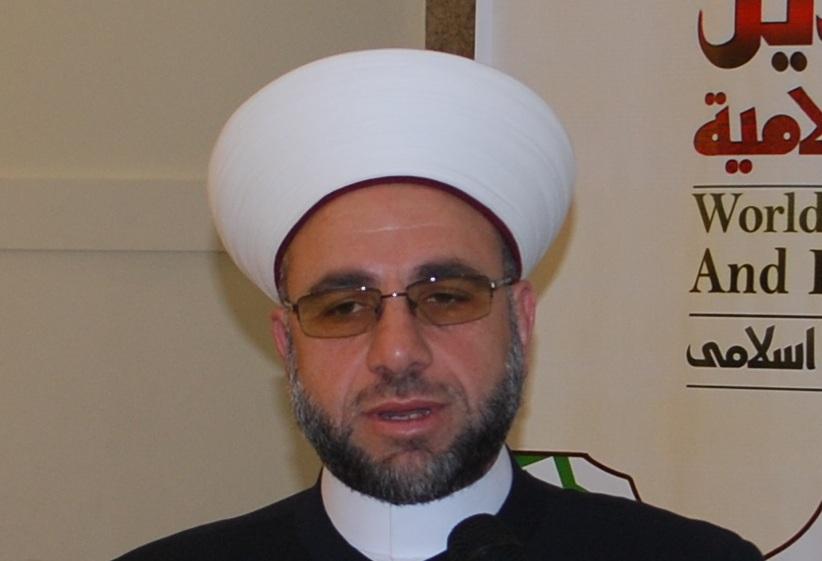 RNA – Shaykh Maher Abdul-Razzaq, the president of the Lebanon’s Reform and Unity Movement, described Hezbollah secretary-general Sayyid Hasan Nasrallah’s speech on Ashura as explicit and articulate and added that the speech was inclusive and comprehensive and offered a political road map for Lebanon based upon love and brotherhood.

Throughout his speech delivered during a ceremony held in Beirut to observe Ashura on Wednesday, October 12, Sayyid Nasrallah touched on the crises and threats of terror plaguing several Muslim nations of the Middle East, including Yemen, Iraq, Bahrain and Lebanon.

The Sunni cleric added that Arab and Islamic nations must listen closely to the words of Sayyid Nasrallah because they contain the full truth and a clear vision in regard to the events in the region and the Arab and Islamic world.

Shaykh Abdul-Razzaq said that the situation of the Middle East is in line with the interests of the United States and stressed that the seditious events in the region are an attempt to disrupt the stability of Arab countries, steal their wealth and also destroy the future of their children and their descendants.

His Eminence expressed regret that Arabs have also managed and supported these programs and have actively worked to strengthen and advance the economy of the Zionist regime but noted that the Islamic Resistance [Hezbollah] has frustrated all the imperialist powers’ projects through their resistance and deterrence.

Shaykh Abdul-Razzaq added that the Islamic Resistance has stood against the United States’ criminal, colonial and imperialistic projects which support and finance terrorist groups and Takfiri movements in Syria, Iraq and Yemen which have destroyed these countries’ security.

In other remarks, he stated that it was necessary that Lebanon take advantage of its oil wealth in the light of the current economic crisis in the country.