Separation of religion and a politics a ‘secular’ argument

Rasa – Hujjat al-Islam Khosropanah voiced regard over the views expressed by some seminary teachers who stated that holy places should not be politicized and said that this argument is very weak and secular argument. 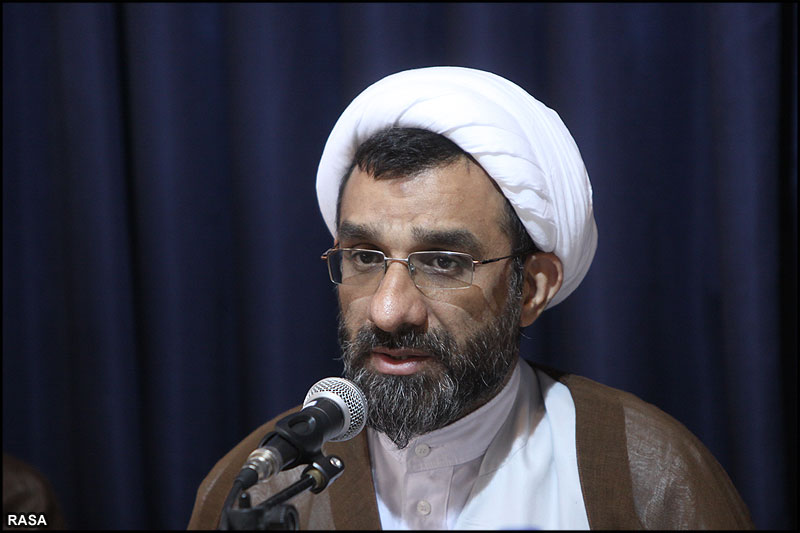 RNA – Speaking at a gathering of seminary students at Bushehr’s Imam Khomeini Seminary, Hujjat al-Islam Abdul-Husayn Khosropanah, referred to the issue of the “revolutionary seminary” and said sometimes certain movements have been seen in the seminaries and in regard to this, Iran's supreme leader, has stated that the Islamic Seminary must be revolutionary in order to prevent such movements.

Hujjat al-Islam Khosropanah said that there are not any courses in Islamic political science or economics in most seminaries and despite reaching an advanced level in their studies, many seminarians have not yet achieved a correct understanding of the Islamic political and economic system and cannot respond to the questions and doubts on the minds of the people.

“During the sedition of 2009 some seminarians were deceived by such doubts,” he said.

He voiced regard over the views expressed by some seminary teachers who stated that holy places should not be politicized and said: “This argument is very weak. Are politics separate from religion? This term is a secular term. Shouldn’t Wilayat al-Faqih [Guardianship of the Jurisprudent] be able to have a say in all matters within the framework of the law?”

Tags: Khosropanah Secular Wilayat al-Faqih Seminary Islamic Seminary Iran Seminary Wilayah al-Faqih Secularism
Short Link rasanews.ir/201mLJ
Share
0
Please type in your comments in English.
The comments that contain insults or libel to individuals, ethnicities, or contradictions with the laws of the country and religious teachings will not be disclosed