Rasa – Hujjat al-Islam Ebadi said: “On the military front, most battles are physical and often water, land and cities are captured but on the front that the media is situated on, opinions, beliefs and thoughts are captured and in this regard, our responsibilities are heavier.” 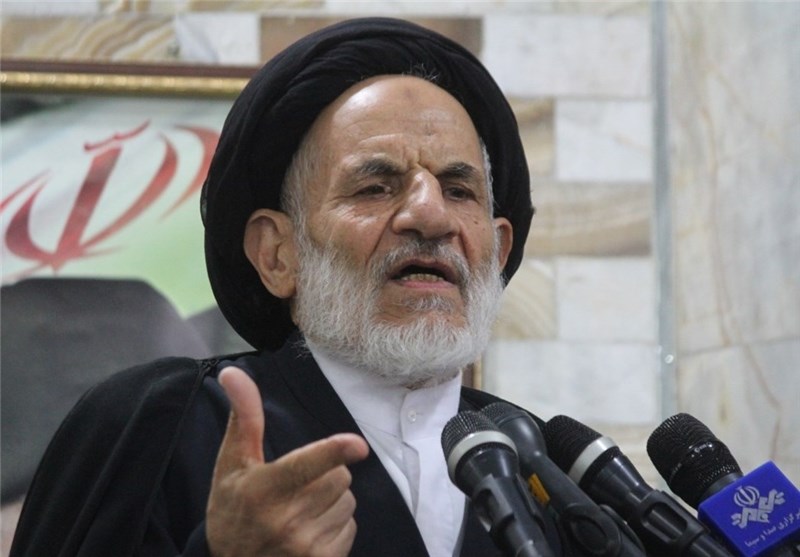 RNA – In a meeting with managers and journalists of South Khorasan province in Birjand, Hujjat al-Islam Sayyed Ali-Reza Ebadi, the Supreme Leader’s Representative in South Khorasan province, said that the country’s media have a very important position  and added the media is currently fighting against falsehood on various fronts and there are always defeats and victories.

“On the military front, most battles are physical and often water, land and cities are captured but on the front that the media is situated on, opinions, beliefs, thoughts are captured and in this regard, our responsibilities are heavier,” he said.

He explained that the front of the enemies is the front of falsehood, rebellion and the killing of the oppressed and added, “The United States and the [other] imperialist powers are training [a group of] Shi’as whose responsibility is to be present on the battlefield and implement the enemies’ mission to create dissension among Muslims.”

“Since World War II, the United States has attacked fifty-two countries and most recently, they have been involved in Ukraine and Yemen,” he said.

His Eminence said the United States and the other imperialist powers seek to infiltrate the “front of truth” through any means and they have engaged in various complicated methods to fulfill their goals.

“Their most important goal is propagation and they believe that the creation of militant groups, such as Daesh, and the violations committed by them, is an important part of their propaganda front,” he explained.

The Iranian cleric said that the form of Islam that the enemies of Islam have introduced is based on violence and injustice and that what is more important than murder, plunder and oppression is the method of their propagation and media campaigns.

Tags: Ali-Reza Ebadi South Khorasan Ebadi US Imperialism Mi6 Shia Khorasan Media Mi6 Shias London Shi’ism Imperialists USA
Short Link rasanews.ir/201mKX
Share
0
Please type in your comments in English.
The comments that contain insults or libel to individuals, ethnicities, or contradictions with the laws of the country and religious teachings will not be disclosed