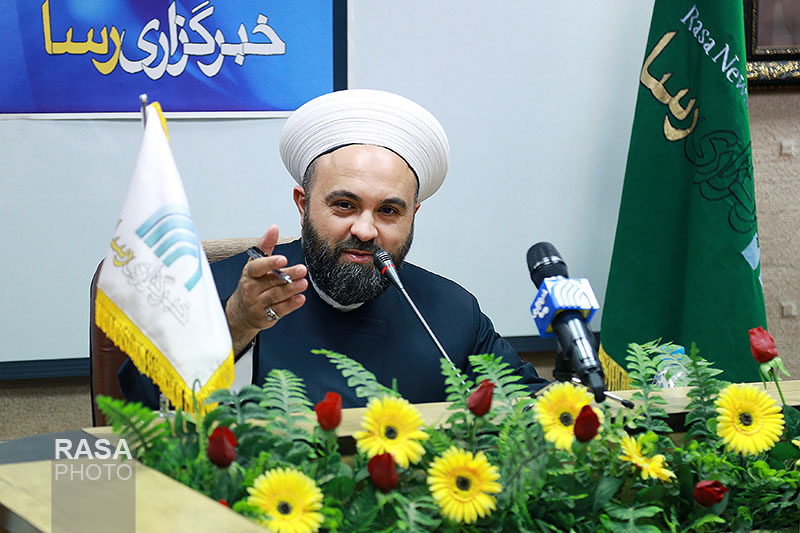 RNA – In an interview with Rasa News Agency in Qom, Shaykh Suhayb Habli, a senior member of the International Union of Scholars Supporting the Islamic Resistance in Lebanon, said that his organization has faced numerous accusations due to its support of the Islamic Resistance in Lebanon [Hezbollah] and added that the media can play an important role in responding to doubts and accusation.

Shaykh Habli said today, the Axis of Resistance needs strong and active media networks which demonstrate to everyone that the war today is not a war between Sunnis and Shi’as, but a political war.

In Iran for a conference, Shaykh Habli said that he visited Sunni religious figures in the predominantly Shi’a country, attended their programs and witnessed the freedom they enjoy, which is contrary to the false propagation promoted against Iran and added that they praised the system of the Islamic Republic of Iran, of which they are participants in.

“Here we met in Iran, we met with Sunnis whose minds were very meek and had not fallen under the influence of the Wahhabis,” he said.

Shaykh Habli said we considered ourselves as soldiers of the Resistance Axis and we believe that everyone should do whatever they can to support the front of good against the coalition of evil.