Those fighting Daesh are today’s companions of Imam Husayn

Rasa – Hujjat al-Islam Sayyid Muhammad-Ridha al-Sistani called for the people to give attention to those fighting against Daesh Takfiri forces and noted that they are the modern-day companions of Imam al-Husayn. 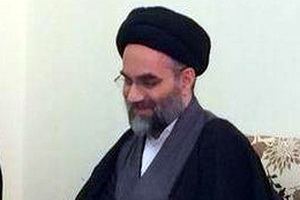 RNA – At the end of his jurisprudence course on the rituals of Hajj in the Iraqi holy city of Najaf, Hujjat al-Islam Sayyid Muhammad-Ridha al-Sistani, the son of Grand Ayatollah Sayyid Ali al-Sistani, offered his recommendations to those fighting against Daesh Takfiri forces in regard to the upcoming solemn month of Muharram, saying, “Our fighters on the front lines of the battle against terrorism should fight to defend the lands and sanctities of Iraq by resorting to Imam al-Husayn.”

The Iraqi cleric said that the warriors are the companions of Imam al-Husayn in the current era, saying, “We must always keep the memory of the warriors alive and pray for their victory and keep them safe from any harm.”

Hujjat al-Islam al-Sistani encouraged his students to visit those wounded and the families of the martyrs who died in the fight against Daesh and said, “The martyrs, the wounded and their families have many rights over us.”

“We pray that God, the Prophet Muhammad and the Ahlul-Bayt reward them for the sacrifices,” Hujjat al-Islam al-Sistani added.

Tags: DAESH Muharram Sistani ISIS ISIL Iraq
Short Link rasanews.ir/201mIW
Share
0
Please type in your comments in English.
The comments that contain insults or libel to individuals, ethnicities, or contradictions with the laws of the country and religious teachings will not be disclosed