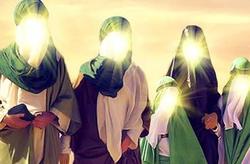 Eid al-Mubahilah, celebrated on 24th of Dhu al-Hijjah, marks the day that the Prophet Muhammad was about to engage in mubahilah ‎‎[mutual imprecation] with a group of Christians from the city of Najran.

The 24th of Dhu al-Hijjah marks the day that the Prophet Muhammad was about to engage in mubahilah ‎‎[mutual imprecation] with a group of Christians from the city of Najran. This group, which ‎included some of their scholars, came to Madinah in the year 9 AH to visit the Prophet ‎and inquire about Islam. After discussions, they refused to submit to the logical ‎arguments and proofs that the Prophet showed them. In response, God invited them to ‎engage in mubahilah with the Prophet; that is, each side should pray to God to send His ‎punishment down on whoever is the liar from them:‎

Should anyone argue with you concerning it [the truth], after the knowledge that has come ‎to you, say, ‘Come! Let us call our sons and your sons, our women and your women, our ‎souls and your souls, then let us pray earnestly, and call down God’s curse upon the liars.’ ‎‎(3:61)‎

Both parties agreed that the next day, they would meet outside of the city of Madinah for ‎the mubahilah. On that day, the Messenger of God gathered Imam Ali, Lady Fatimah, Imam ‎al-Hasan and Imam al-Husayn peace be upon them all, under his aba (cloak) and said:‎

Oh God! Surely every prophet from the prophets had an Ahl al-Bayt (people of their house) ‎that were the closest of all creation to him. Oh God these are my Ahl al-Bayt, so repel all ‎impurity from them and purify them with a thorough purification.‎

At this time, the archangel Gabriel descended with the verse of tathir, revealed in honor of the ‎Ahl al-Bayt. After this, the Prophet came out with his family, ready for the mubahilah. When ‎the other side saw the pure faces of the Prophet and his noble family, they realized that the ‎truth was with them and decided not to engage in mubahilah. Instead, they asked the ‎Prophet to sign a treaty with them.‎

In an unprecedented move, the Prophet brought the dearest of all people to him onto the ‎field that day: Lady Fatimah, Imam Ali, Imam al-Hasan and Imam al-Husayn. An important ‎lesson for us to take out of this story is that in the same way the Prophet gave so much ‎importance to showing other people the truth, we today must also try our best to show ‎people the true message of Islam.‎

Imam Ali gives charity while in ruku; revelation of the Verse of Wilayah

This is also the day, in the year 10 AH, when Imam Ali gave his ring in charity to a beggar in ‎the mosque of the Prophet while in ruku. On this occasion, the Verse of Wilayah was ‎revealed, saying,‎

Your guardian is only God, His Apostle, and the faithful who maintain the prayer and give the ‎zakat while bowing down. (al-Ma’idah 5:55)‎

It was also on this day (or the 25th of the month, according to some reports), in the year 7 ‎AH, in which Surah al-Insan (76) was revealed in honor of the selfless sacrifice of the ‎household of Imam Ali, who gave away their iftar three days in a row to a needy person, an ‎orphan, and a freed prisoner.‎

Among the recommended acts for this day are:‎

‎1) Recitation of the du’a of Mubahilah. It is reported that Imam al-Sadiq has said that this ‎du’a (supplication) contains the greatest name of God, and had people known the power of ‎this du’a to fulfill one’s needs, they would have tried with all their might to learn this du’a. He ‎also said that whenever he would have a request of God, he would recite this du’a and it ‎would be fulfilled.‎