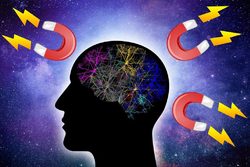 According to the law of attraction, if someone thinks that they have a certain disease, such ‎as COVID-19, will they get this disease?‎

RNA – According to the law of attraction, if someone thinks that they have a certain disease, ‎such as COVID-19 (Coronavirus), will they get this disease?‎

One of the superstitions that has emerged in recent years and is considered the greatest ‎superstition of our time due to its frequent repetition and universalization is the hypothesis ‎known as “mystery.” The secret hypothesis refers to the “law of attraction” and says that by ‎imagining everything and strengthening the positive feeling about it, you can absorb it, and if ‎it does not exist, you can create it.‎

Of course, there is no doubt that positive or negative thoughts, as well as a positive or ‎negative suggestion, are the source of the effect and affect the human spirit and behaviour. ‎In a large-scale study, researchers have concluded that negative thoughts can make a ‎person physically ill and cause a lot of psychological and physical damage to a person. Thus, ‎if anyone is thinking of COVID-19 and being infected by this disease, according to critics of ‎the law of attraction, it is not possible to get the disease on your own by simply thinking ‎about it. Rather, if a person thinks too much about it, he or she will experience increasing ‎fear and stress, which will weaken the person’s immune system and cause problems for him ‎or her, or in the case of being infected with COVID-19 due to a weakened immune system, ‎the symptoms of the disease will appear more and more and the process of treatment and ‎recovery will be longer.‎

According to the law of attraction, our minds and thoughts, like a magnet, attract the events ‎of life to us. The law of attraction says “whatever you visualize in your mind, you will have it ‎in your hands. The summary of this rule is that with mental imagery, you can attract life ‎events and happenings toward yourself.‎

In other words, when we create imagery, we create a phenomenon. In fact, the mind is the ‎perfect cause of creation and it is the cause-and-effect relationship, like how heat is the ‎cause of boiling water. Your mind is also the cause of this external phenomenon.‎

In the words of the claimants of this law, scientific research has been mentioned many times ‎and quotes from researchers have been mentioned, while almost all of them are fake.‎

The law of attraction claims that religions and denominations such as Hinduism, Buddhism, ‎Judaism, Christianity and Islam, and civilizations such as the Babylonians and the Egyptians ‎have referred to the law of attraction in their writings and tales, while this is not the case. It ‎is also alleged that some great figures, such as Socrates, Plato, Pythagoras, William ‎Shakespeare, William Blake, Johann Wolfgang von Goethe, Victor Hugo, Francis Bacon, and ‎Isaac Newton, referred to this law in their writings. However, this claim is completely false ‎and deceptive. ‎

In the logic of Islam, the affairs of life in this world are designed based on cause and effect. ‎The universe has a logical system of cause and effect, and that phenomenon will not be ‎realized until there are sufficient causes for the realization of a phenomenon. Imam Ja’far al-‎Sadiq said: “God refused to flow the things except by causes. Thus, He made a cause for ‎everything, and made an explanation to be for every cause, and made a piece of knowledge ‎to be for every explanation, and made a speaking door to be for every knowledge. He ‎recognized him as the one who recognized it, and he was ignorant of him the one who was ‎ignorant of it. That is the Messenger of God and us.” In the law of attraction, the material ‎causes of phenomena are eliminated and only mental imagery is introduced as the cause of ‎the creation of phenomena.‎

On the other hand, God Almighty considers people’s efforts as a value and introduces it as a ‎factor in achieving success and happiness. As it is stated in the Holy Quran: “That nothing ‎belongs to man except what he strives for” [53:39]. According to the law of attraction, ‎mental imagery is enough to achieve success or achieve goals. Don’t we have to try or do ‎something special?! However, this claim is contrary to religious teachings and Islamic ‎teachings.‎

Through extensive research, researchers have concluded that negative thoughts can make a ‎person physically ill and cause a lot of psychological and physical damage to a person. In ‎contrast, positive and positive thinking can increase the motivation and motivation of human ‎power and even help one recover from disease and accelerate it. This point has also been ‎pointed out in religious teachings and Imam Ja’far al-Sadiq said: “Nobody is incapable of ‎doing what it intends to do.”‎

According to the above points, if one thinks of COVID-19 and getting infected with this ‎disease, then, according to critics of the law of attraction, it is not possible to get the ‎disease on your own by simply thinking about it. Rather, this type of thinking increases a ‎person’s stress and anxiety, and by increasing negative thoughts, the person’s fear and ‎anxiety increases, which weakens their immune system and causes problems for them.‎

There is no doubt that strengthening the body’s defences is vital to maintaining good health, ‎and people with weakened immune systems are more prone to injury and disease than ‎others. According to the World Health Organization, people with strong immune systems are ‎more resistant to the COVID-19 and have a much lower mortality rate and vulnerability. In ‎contrast, people with weakened immune systems such as the elderly and those with ‎underlying medical conditions such as infectious diseases, cardiovascular, cancer, asthma, ‎diabetes, multiple sclerosis, etc. are more vulnerable because these diseases severely ‎weaken the human immune system.‎

The effects of stress and anxiety on the immune system include a decrease in the number of ‎white blood cells and a decrease in the level of lymphocytes. Lymphocytes are a type of ‎white blood cell that protects the body against infections. The lower the level of ‎lymphocytes in the body, the more vulnerable the body is to viruses. It appears more ‎frequently in the person and the healing process takes longer. As mentioned, white blood ‎cells in humans are responsible for protecting one’s health and countering external enemies. ‎Therefore, strengthening the body’s defences against viruses and germs, including the ‎COVID-19, is a prerequisite for the survival of any human being.‎