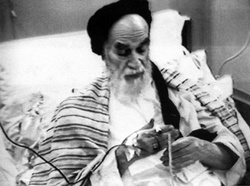 RNA – The health of the founder of Iran’s 1979 Islamic Revolution, Imam Sayyed Ruhollah ‎Khomeyni, declined several years before his death. After spending eleven days in Jamaran ‎Hospital in northern Tehran, he died on June 3, 1989, after suffering five heart attacks in just ‎ten days following surgery for stomach cancer on May 23. ‎

Ayatollah Sayyed Ali Khamenei, the Supreme Leader of the Islamic Revolution and successor ‎of Imam Khomeyni, said that a group of forty cardiologists, who were around Imam ‎Khomeyni, came and revealed that the Imam’s heart wasn’t healthy. The Imam’s son, ‎Sayyed Haj Ahmad, came to Jamaran Hospital on the same night or the next day and said ‎that the Imam had accepted his fate and strongly stated that he wouldn’t accept being ‎operated on. ‎ 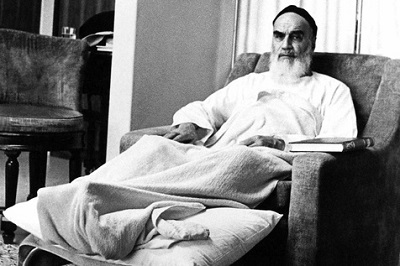 Ayatollah Khamenei said, “One night we went to assist the Imam. I told him, ‘I believe your ‎body is younger than your age. Your lungs are healthy, your stomach is healthy, your blood ‎is fine and healthy. You have no problems. Your body is twenty years younger than your ‎age. There is only one small problem and that is that your heart cannot handle this healthy ‎body properly. If we assume that surgery is performed on your heart with an acceptable ‎percentage of success to allow your body to work for the Islamic ummah for another ‎twenty years, what is your opinion?’”‎

‎“This statement had a strange effect on the Imam. He was silent and did not answer. We ‎were assured because the Imam was ready to be operated on,” he added.‎

The Supreme Leader said that once again, Sayyed Ahmad stated that we should hold a ‎meeting regarding the Imam. “We thought that this about the Imam’s heart surgery. I saw ‎that Sayyed Ahmad was very upset and affected. He said that doctors had diagnosed the ‎Imam with cancer.”‎

‎“It turned out that they had seen a symptom of stomach cancer in the Imam [dark feces] ‎and told the doctor and the doctor said that we must perform diagnostic surgery on his ‎stomach immediately and finally, they concluded that it was indeed cancer. From that day ‎until the day the Imam passed away, not even twenty days had passed,” Ayatollah ‎Khamenei said. ‎