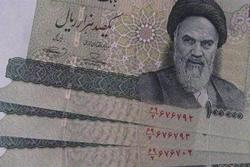 The Iranian parliament has approved a bill to allow a major overhaul in the country’s ‎currency rial.‎

RNA – The Iranian parliament has approved a bill to allow a major overhaul in the country’s ‎currency rial.‎

Lawmakers in the Majlis on Monday approved articles and subarticles of the Bill to Reform ‎the Country’s Monetary and Banking Act, a law which has dominated financial and economic ‎exchanges in Iran since 1972.‎

The first article of the bill passed on Monday stipulates that Iran’s currency would be ‎reversed to toman, a legal tender that was in use nearly 100 years ago in the country, and ‎each toman will be equal to 10,000 rials. ‎

An earlier version of the bill discussed in the committees of Majlis earlier this year had named ‎the small unit for the new Iranian currency as parseh.‎

However, the bill approved on Monday said each toman will be equal to 100 qirans, a ‎reference to the currency of Iran between 1825 and 1932.‎

Article II of the bill on currency overhaul sets up a “period of transition” from rial to toman, ‎saying the old and new currencies could simultaneously circulate in Iran for a maximum of ‎two years.‎

It also said that forex rates under the new currency will depend on the amount of Iran’s ‎currency reserves and other factors.‎

‎“The exchange rate for toman against foreign currencies.... would be introduced by the ‎Central Bank of Iran in the framework of the dominant foreign currency system and ‎observing the country’s forex reserves and if necessary, the country’s commitments to the ‎International Monetary Fund,” said sub article 1 of Article I of the bill.‎

The bill also requires the government to pass and announce laws for implementation of the ‎currency overhaul scheme within the next three months.‎

Iranian authorities have rejected the notion that currency redenomination could offset the ‎negative impacts of the American sanctions on the economy.‎

However, experts say the move could prove successful as part of a wider set of measures ‎adopted by the government to improve economic indicators in the country and diversify the ‎economy away from oil revenues.‎