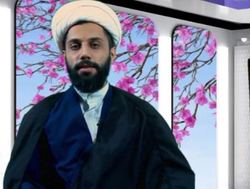 Hujjat al-Islam Aref Ebrahimi examined the various dimensions of the Egyptian Ramadhan 2020 ‎television series “al-Nihayah” and noted that the reactionary governments are seeking to ‎restore their image.

RNA – In an exclusive report for Rasa News Agency, Hujjat al-Islam Aref Ebrahimi, a ‎researcher in the Islamic Seminaries of Qom, said that the Egyptian television series “al-‎Nihayah” (The End) is a series that draws Egyptian audiences every night during the holy ‎month of Ramadhan for 45 minutes on the networks of “ONdrama” and “ON E.”‎

The subject of the series:‎

Writer Amer Samir Atef brought the characters of his screenplay to 2120 AD, 100 years from ‎now, and in addition to showing the dominance of technology in the world, he described the ‎issue of the complete destruction of the Zionist occupation regime and the liberation of ‎Palestine by the Arab countries. ‎

In this series, the 48-year-old screenwriter discusses the use of nuclear weapons and cleverly ‎goes beyond naming the country that used weapons of mass destruction.‎

Reactions to the series

In a statement released on May 3rd, the Israeli Foreign Ministry condemned the series’ ‎broadcast on Egyptian television saying, “This is unfortunate and totally unacceptable, ‎especially between two countries that signed a peace agreement 41 years ago.”‎

Afterwards, Avichay Adraee, a Lieutenant Colonel in the Zionist Occupation Forces, wrote on ‎Twitter: “What is my position on the al-Nihayah series? This series doesn’t deserve ‎comment. Since the founding of Israel, there has been talk of its end. They talk and make ‎fantasy films, and we work miracles day by day and Israel will remain generation to ‎generation forever.”‎

Despite Israeli protests, Hamas officials praised the series, with Hamas spokesman Hazem ‎Qasim saying:‎
‎“The widespread acceptance of this series, which predicts the destruction of the Israeli ‎occupation regime and the liberation of Jerusalem, on social media by Arabs emphasizes the ‎that all nations stand by their principles, won’t forget their sanctities and that the Israeli ‎occupiers will remain as their main enemies.”‎

The Egyptian government hasn’t yet commented on the series.‎ 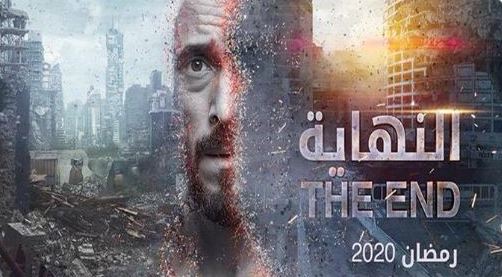 ‎1. al-Nihayah has been produced in the style of Hollywood movies and those who have even ‎the slightest knowledge of the cinema of Arab countries, especially that of Egypt, know very ‎well that such styles, with these vast possibilities, are beyond the scope of the ability of ‎such cinemas and studios and there has been no such precedent so far.‎

‎2. Egypt and the Zionist regime had close ties after the Camp David Accords signed by then-‎Egyptian President Anwar Sadat and then-Israeli Prime Minister Menachem Begin on ‎September 17, 1978, such that Egypt is involved in many Israeli projects and plans against ‎Palestine or has remained silent or actively participated.‎

‎3. Many Egyptian analysts see Egyptian President Abdel-Fattah al-Sisi as a dictator who ‎severely represses his opponents and certainly can’t exercise a policy of silence over the ‎series, which would have had widespread repercussions in his country. Even if he opposed ‎the series, he wouldn’t have even allowed its name to remain.‎

‎4. After the beginning of the Deal of the Century, the Arab states lost their prestige among ‎the Islamic ummah and were doomed to normalize relations with the Zionist regime. They ‎have now taken two approaches – they either protect their outward appearance and show ‎themselves as supporters as Palestine or they publicly hide their secret relations with Israel ‎and severely suppress the opposition. Saudi Arabia, Bahrain and the United Arab Emirates ‎fall into this category.‎

Now, despite the above, can we be optimistic about the anti-Israeli trend in the Egyptian ‎series al-Nihayah? Certainly, we should wait for the series to reach its final stages and it’s a ‎little counter-judgemental but the believer should be shrewd such that the Messenger of God, ‎the Prophet Muhammad said in a hadith: “A believer is shrewd, careful and cautious.”‎