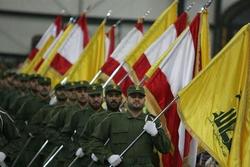 RNA – On Thursday Berlin designated Hezbollah as a “terrorist organization,” banned all its ‎activities in the European country and ordered raids on sites police claimed were linked to the ‎movement.‎

The spy agency, the television, said, had carried out a months-long delicate operation to ‎assess the movement’s operations in Germany and presented its findings to German ‎intelligence and law agencies.‎

‎“The move is the result of many months of work with all parties in Germany. The heads of ‎services were required to present explicit evidence and legal proof… linking the organization ‎to significant terrorist activity, and that is what we did,” one official said.‎

According to the official, head of the German intelligence organization BND Bruno Kahl is a ‎close friend of Mossad.‎

Berlin has been a long-time backer of Israel, providing billions of dollars in aid enabling the ‎occupation of Palestine in the name of reparations for Jewish persecution by the Nazi ‎Germany.‎

On Thursday, Israel was effusive in its praise of Germany, with the regime’s foreign minister ‎Israel Katz hailing the blacklisting as a “very important decision.”‎

Iran, Syria, Yemen, Palestinians and Iraqis, however, condemned the blacklisting, saying it ‎had been the result of pressure by the US and Israel. ‎

Highlighting deep Israeli influence in the German economy and also in the Bundestag - the ‎German federal parliament which oversees the country’s budget and determines the country’s ‎chancellor - Shariatmadari said Berlin was effectively “in rent for the Zionists.”‎

‎“We have to tell the German government and Chancellor Angela Merkel that blacklisting ‎Lebanon’s Hezbollah is an order dictated to you from Israel and not a decision you have ‎taken independently,” he said.‎

Israel and the United States had been pushing Berlin for long to ban the resistance ‎movement which is credited with helping defeat the most violent Takfiri and other terrorist ‎groups in Syria and driving out Israeli troops from southern Lebanon. ‎

The resistance movement’s popularity for shattering Israel’s myth of invincibility among the ‎Arab public opinion has worried Israel and the West.‎

Its military engagement in the Syria war has also turned it into a seasoned force, forcing ‎many Western observers to describe Hezbollah as the most powerful Arab “army.”‎