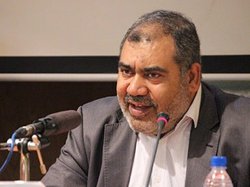 A senior member of Bahrain’s Islamic Action Society stated, “The Al Khalifah is a dictatorial ‎family that has resorted to inhumane acts and unbridled crimes against the Bahraini people.”‎

He noted that the number of political prisoners and prisoners of conscience in the prisons of ‎the Al Khalifah regime is between 4,000 and 7,000 people but it must be stated that accurate ‎statistics aren’t available because the operations to detain Bahraini citizens continues and ‎hasn’t stopped.‎

Dr. al-Rashid continued, “The Al Khalifah regime is committing all kinds of tortures against ‎prisoners and violating their human dignity and unjustly depriving them of their liberty and ‎therefore all prisoners must be released as soon as possible.”‎

He added, “The Al Khalifah is a dictatorial family that has resorted to inhumane acts and ‎unbridled crimes with the support of the United States, the United Kingdom and some ‎regional parties against the Bahraini people, including athletes, artists, women and men.”‎

He strongly criticized the international community for its silence over the Al Khalifah’s crimes ‎and their baseless claims of supporting human rights, saying, “It doesn’t seem far-fetched that ‎the regime would use the Coronavirus outbreak as an opportunity to threaten ‎revolutionaries, their leaders and to settle political scores with Bahraini opposition and ‎activists.”‎

Bahrain is witnessing straight days of increased infections of the highly contagious ‎Coronavirus and the Persian Gulf monarchy’s Ministry of Health reported on forty new ‎Coronavirus cases on April 24th.‎

The total number of confirmed coronavirus cases in Bahrain has reached 1,744, while the ‎death toll stands at seven, according to the latest running count by worldometers.info.‎

This came as Bahrain has been bitterly criticized by a number of human rights organizations ‎over prison conditions, including overcrowding, poor sanitation and lack of medical care.‎