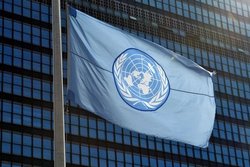 On September 23-27, the United Nations is hosting six plenary meetings at the 74th session of the General Assembly.

RNA - The objectives set out are to promote multilateral diplomacy and rule-based international order at a time when certain nationalistic and populist governments have rooted for unilateralism and abandoned international treaties for domestic gains.

Over 180 world leaders are taking part in the six-day event to discuss and tackle an array of issues from development to climate to myriad conflicts. To that end, member governments shouldn’t leave the UN’s multilateral institutions in the dust or support populist actors who are standing in the way of positive change and eager to opt for a myriad of exclusions that could start yet more conflicts and tensions across the planet.

The mega summits cannot and should not become venues to undermine global norms through lip service and empty gesture, or inaction and silence. The resource and intelligence are there, both on national and international levels. Governments should help to reduce the profound effects of climate crisis, promote and finance sustainable development goals for a shared future, and bring to an end all regional conflicts.

The important thing to underscore is that the rule-based international order is now more than ever under threat by nationalism and populism while tariffs and trade wars continue to ruin trade and drive the world towards recession and the end of Sustainable Development Goals.

If anything, world countries should come together to make the all-inclusive political choices which are key for reaching any of the UN’s development goals. They should support a multilateral world trade system that seeks to facilitate trade and holds wider benefits for more actors. This is a defining issue and it is inextricably linked with national challenges and priorities that the world needs to face today.

The stakes are high, specifically when it comes to avoiding new wars. Multilateral diplomacy and international law are needed to stop certain countries from acting outside the framework of UN Charter to impose the exceedingly unwise policy of maximum pressure and obstructionism on others.

Above all, member governments should reject the exceptionalist currents who are always “locked and loaded” for shooting, realise that the world can live without those who care little about international engagement, recommit to the ideals of the UN Charter and take urgent and drastic steps in this respect. It’s a key recipient in the recipe for shared security and an absolute prerequisite for broader certainty and stability to the global economy which all nations will benefit from.

If they fail to honour their obligations and push for concrete results; if, to quote UN Secretary-General Antonio Guterres, they don’t demand “change that is fair and sustainable”; or if they don’t take action through multilateral approaches to hold governments that tear up international treaties with no concept of what to replace them with to criminal account, there will be greater international uncertainty and instability. Such behaviour must not be without consequences.

The biggest mistake is to keep pushing pledges and actions to a future date and not doing a fair share now. The world is in chaos now. The global economy is under threat now. Trade wars and tariff tensions are driving uncertainty in global markets right now. Real GDP growth rates are at a 6-year low, and trade volumes are at their lowest level since 2012. The risk of a global recession is higher than ever.

Member governments have a decision to make in order to keep the hope of multilateral diplomacy alive. They need to ask whether they are a part of the solution and whether they can bring solutions to the table that address all these pressing issues and others they feel so acutely on the planet, such as the ability to do free trade and invest across borders in local currencies and without the fear of being coerced or sanctioned.

In an era of global value chains, the six-day mega meetings at the UN can serve as a forum to successfully address all these common challenges and more by connecting the national and international dots, which are part and parcel of each other. There is no other way around to reduce global tensions and prevent another recession. Suffice it to point out that the time is now for world leaders and decision-makers to sit together at par to help UN institutions to repair their dented integrity and reclaim their global authority. As daunting as it is, they can’t look away.

The too silent majority of peace-loving nations must change the current destructive course, because all is not lost - yet. They must choose dialogue, support global governance, and recognize that only multilateral cooperation and deliberations can solve the world’s problems of politics and trade. They must be careful to avoid the proliferation of unilateral standards and nationalistic practices by certain sanction-happy, trade-war happy actors. It sends the opposite message.