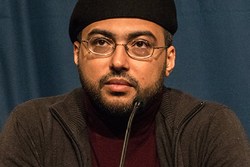 Norwegian police have temporarily moved a prominent Arab pro-democracy activist and a vocal critic of Saudi Crown Prince Mohammed bin Salman to a secure place after being tipped off about a possible threat against him from the kingdom.

RNA - Iyad el-Baghdadi, a Palestinian human rights campaigner and writer, said he was first told of an unspecified such threat on April 25, when the Norwegian authorities took him from his home to a secure location.

According to the Guardian newspaper, Norway was notified of the threat by the CIA.

Baghdadi is outspoken on Twitter, often criticizing leaders in the Middle East, including bin Salman, who is believed to have ordered the killing of his critic Jamal Khashoggi.

Baghdadi gained prominence during the 2011 Arab uprisings. He was granted political asylum in Norway in 2015 after his expulsion from the United Arab Emirates, where he grew up.

The Palestinian activist, who knew Khashoggi, believes that the threat was related to his work on the human rights situation in Saudi Arabia.

“If they don’t want to kill me then I am not doing my job,” Baghdadi tweeted.

Saudi Arabia’s human rights record came under scrutiny after the murder of the dissident journalist Khashoggi at the Saudi consulate in Istanbul, Turkey, by a group of Saudi agents on October 2 last year. The killing caused international outrage.