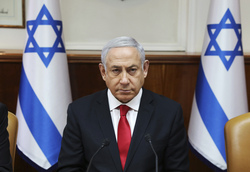 Zionist media outlets have expelled 40 journalists due to their criticisms of Israeli Prime Minister Benjamin Netanyahu.

RNA – According to the Zionist newspaper, Yedioth Ahronoth, Israeli diplomat correspondent Barack Ravid, along with 39 other journalists, received a letter of non-cooperation from their media which is due to the critical approach towards Netanyahu and other political issues.

According to the report, Netanyahu had previously criticized Barack Ravid and some journalists.

Netanyahu's trial was scheduled to take place last March, but the coronavirus outbreak delayed it.

Corruption cases are one of the main reasons why Israeli political groups oppose Netanyahu's continued premiership.