In a letter to Head of the Palestinian resistance movement Hamas, Ismail Haniyeh, Leader of the Islamic Revolution Ayatollah Khamenei announced that Iran will protect the oppressed Palestinians against the Zionist regime.

RNA – As Al MayadeenTV reported, the Leader in this letter underlined that the Islamic Republic will do its best to defend the rights of Palestinians against the occupying Zionists.

"I have carefully studied your message about the current conditions of dear Palestine. I appreciate all Jihadi forces for the Resistance movement that has set the ground for weakening the US and Zionist regime by its efforts," Ayatollah Khomeini wrote.

"The Zionist enemy is violating the legal rights of Palestinians via expansion of its occupied lands and imposing economic pressure on the sieged areas," he added.

"By the help of logic, reason, and experience, the brave Palestinian nation has overcome the zionists' threats and admiration."

The Leader noted that protecting the consciousness, unity, and solidarity among the Palestinian people and groups has an effective role in thwarting the plans of the Zionist enemy. 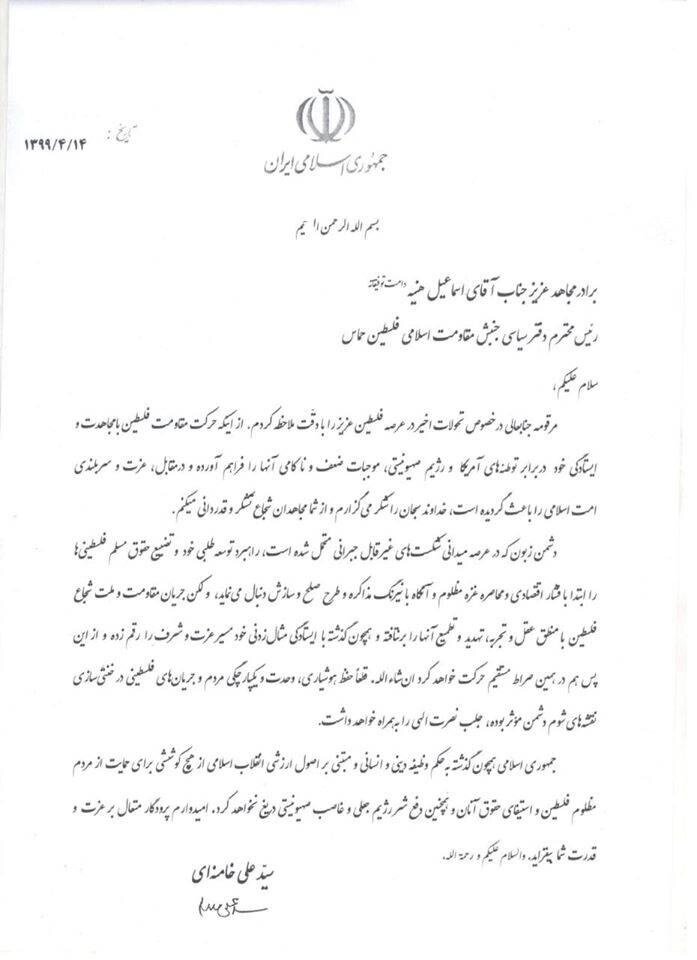