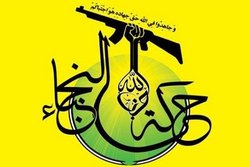 Hujjat al-Islam Ali al-Asadi pointed to the inspirational influence of the Supreme Leader of the Islam ‎Revolution in the Islamic Resistance Axis, described the al-Quds day speech of the leader as “the roadmap for ‎world’s freedom-seekers.”

RNA – Hujjat al-Islam Ali al-Asadi pointed to the inspirational influence of the Supreme Leader of the Islam ‎Revolution, Ayatollah Sayyed Ali Khamenei, in the Islamic Resistance Axis, described the al-Quds day speech of the leader as “the roadmap for ‎world’s freedom-seekers.”

The chairman of al-Nujaba’s political board, in an interview with IRNA, mentioned the cooperation ‎between the heads of Arab states and those of Western countries on supporting Israel as the cause of ‎violation of several international norms by this regime, reported al-Nujaba’s Centre for Communications ‎and Media Affairs in Iran.‎

Hujjat al-Islam al-Asadi pointed to the US president (Trump) as a figure who came to power because the ‎world Zionist lobby needed him to close the case of Palestine and completes the Deal of the Century.‎

Referring to the inspirational influence of the wise leader of the Revolution in the Resistance Axis, he ‎described the al-Quds day speech of the leader as “the Roadmap for world freedom-seekers” and said, ‎‎“The whole world is waiting for this day and speech so that they can know the future of the pivotal issue ‎of Palestine better.”‎