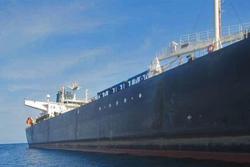 Referring to the movement of Iranian oil tankers toward Venezuela, Dr. Narimousaei said, ‎‎“The world is going through a period of bullying and arrogance by the United States.”‎

RNA – In an exclusive interview with Rasa News Agency, Dr. Gholamreza Narimousaei, an ‎expert on international relations, referred to the movement of Iranian tankers toward ‎Venezuela and said, “Despite sanctions, the Islamic Republic of Iran will continue its ‎economic activities, including oil exports, and will not wait for the permission of the United ‎States because there are countries that are not under the political domination of the United ‎States and have political and economic relations with our country.”‎

The professor at Jihad Daneshgahi Institute of Higher Education (ACECR) in Ahvaz noted that ‎Venezuela is the second-largest oil-producing country in the world and added said, “The ‎United States has proved that it’s no longer able to confront Islamic Iran and prevent it from ‎exporting its oil and hasn’t been able to achieve this through the United Nations Security ‎Council and has sent its ships to the Persian Gulf.”‎

He noted that the Islamic Republic doesn’t surrender to American military threats, “The ‎Islamic Republic conducts economic relations with any country it wants and doesn’t stop ‎exporting oil. The political achievements of sending oil tankers intelligently has become ‎apparent over time.”‎

Mr. Narimousaei added that the world is going through a period of bullying and arrogance by ‎the United States, adding, “The United States is unlikely to stop Iranian oil tankers from ‎moving toward Venezuela because the events of the past few months and the reaction of ‎the Iranian armed forces toward the United States have proved that it will avoid any ‎confrontation and reaction.”‎

He said that the movement of tankers to Venezuela has economic and political goals for the ‎Islamic Republic of Iran, and emphasized, “Part of the Islamic Republic’s international ‎revenues, which were cut off by American sanctions, will be offset by such action, and the ‎political debate will tell the world that political affairs in the world are not in accordance with ‎the intent of the United States and its allies.”‎

Referring to the negative effects of COVID-19 (Coronavirus) on the Western economy and ‎the high death toll, Mr. Narimousaei added, “The Western idea of the spread of the ‎Coronavirus in Iran was that it would lead to famine and deaths but our methods of ‎responding to the Coronavirus and the issuing of testing kits showed that such a threat has ‎become an opportunity.”‎

Iran is shipping tons of gasoline to Venezuela in defiance of American sanctions on both ‎countries in a symbolic move guaranteed by Tehran’s missile prowess.‎

Reports of a shipment of Iranian fuel to Venezuela in the face of American sanctions against ‎the two allies have infuriated the United States, with one official threatening to take ‎‎“measures" against the “unwelcome” development.‎

A senior official in American President Donald Trump’s administration told Reuters on May ‎‎14th that the United States was considering measures against Iran in response to the fuel ‎shipment. The official spoke on condition of anonymity.‎