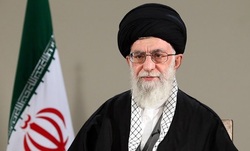 The Supreme Leader agreed with a presidential request to vest limited stocks of ‎government-run companies that are owned by millions of Iranians in a bid to help boost ‎economy.‎

RNA – The Supreme Leader of the Islamic Revolution, Ayatollah Sayyed Ali Khamenei, ‎agreed with a presidential request to vest limited stocks of government-run companies that ‎are owned by millions of Iranians in a bid to help boost economy.
‎
Ayatollah Khamenei issued a decree on Tuesday ordering the government to enable owners ‎of the Justice Shares to trade their stocks in the market and reach the profits accrued on the ‎shares during the past years.
‎
The Justice Shares were issued in 2006 during the former president Mahmoud Ahmadinejad ‎administration. The plan started in line with the amendments made to the Article 44 of the ‎Iranian Constitution which obligates the government to move toward economic privatization.
‎
More than 49 million Iranians own the currently unvested shares. It is estimated that the ‎value of the stocks owned by each shareholder has increased from an initial price tag of 10 ‎million rials to 80 million rials ($500).
‎
In his decree to the government, Ayatollah Khamenei regretted the fact that vesting of ‎Justice Shares had taken so many years as the law specifies a minimum of two years as the ‎holding period for the shares.
‎
The Supreme Leader also set a series of conditions for allowing the Justice Shares to ‎become tradable, saying shareholders should be able to choose which government-run ‎company they like to own a stake in.
‎
He said the government departments need to prepare conditions for listing of state-run ‎companies as soon as possible.
‎
Experts believe trade at Tehran Stock Exchange (TSE) would further boom once Justice ‎Shares become tradable in Iran Fara Bourse, a TSE subsidiary for trade of securities and ‎other instruments.
‎
The TSE has already broken record highs this year with growing number of new investors ‎joining in. The overall value of the market reached over $198 billion on Tuesday after main ‎index TEDPIX rose 3.03 percent to top 845,353 points.
‎
Farhad Dejpasand, the Minister of Economic Affairs and Finance, said on April 25 that the ‎government has planned to list its shares in three banks and two insurance firms to raise ‎over $1 billion in new finances as more public firms set up initial public offering (IPO) in a ‎stock market where there is an unprecedented upsurge in trade.
‎
‎“The listing for the five government-run entities, namely, Bank Mellat, Bank Tejarat, Bank ‎Saderat, Alborz Insurance and Amin Reinsurance, will take place late next week in the Tehran ‎Stock exchange (TSE),” Dejpasand said.‎