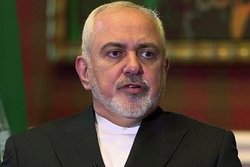 Foreign Minister Mohammad Javad Zarif says Iran, as a resource-rich nation, needs no charity from US President Donald Trump in its battle against a coronavirus pandemic, urging Washington instead to stop standing in the way of Tehran’s oil sales and banking transactions.

RNA - Zarif made the comments in a tweet on Tuesday, reacting to Trump’s recent claim that the US was ready to help Iran contain the coronavirus outbreak if it asked.

Grilled by reporters earlier this week about the possibility of easing the harsh sanctions against the Iranian nation, the US president said, “I have a moral responsibility to help them if they ask. If they needed help, I would certainly consider different things.”

Rejecting Trump’s offer of help in his tweet, Zarif said, “What we want is for him (Trump) to STOP preventing Iran from selling oil & other products, buying its needs & making & receiving payments.”

Iran is rich in human & natural resources. We don't need charity from @realDonaldTrump—who's forced to buy ventilators from sources he's sanctioned.
What we want is for him to STOP preventing Iran from selling oil & other products, buying its needs & making & receiving payments. pic.twitter.com/6nF1mRj2ux

The top Iranian diplomat was referring to the draconian sanctions the Trump administration has imposed on the Iranian economy — especially targeting its oil sales and banking sector — as part of a so-called maximum pressure campaign.

In his tweet, Zarif posted some photos showing Iran’s achievements in different sectors — including healthcare — and emphasized that the Islamic Republic is a rich country in human and natural resources.

Trump’s offer of help to Iran comes at a time when American hospitals have been overwhelmed in recent weeks by patient arrivals as the country records the highest number of infections in the world.

Washington was forced to get ventilators from a Russian firm under American sanctions earlier this week.

Iran — the worst hit state by the coronavirus spread in the Middle East — has been doing its utmost to contain the respiratory disease despite the hardships created by US sanctions.

Tehran’s battle against the virus has repeatedly drawn the praise of the World Health Organization (WHO), which has expressed certitude that the Islamic Republic has enough capabilities to stem the outbreak.

As soon as the virus emerged in Iran, the government — backed by the Armed Forces — set up a national committee tasked with coordinating the country’s response to the outbreak.

Backed by the Armed Forces, the government set up makeshift hospitals, increased production of hygienic items, introduced precautionary measures, stepped up coronavirus tests and launched a nationwide screening process to detect patients and isolate them.

Iranian experts have also developed testing kits and ventilators as sanctions have restricted the country’s access to global markets.

Tehran has repeatedly said it does not want Washington’s help in the fight but wants it to lift its illegal economic sanctions so that Iran can mobilize its own resources to tackle the pandemic.

The Trump administration has not only defied international calls on Washington in recent weeks to halt its draconian sanctions on Tehran, but has even slapped more such restrictive measures on the Islamic Republic.

Washington re-imposed its sanctions on Iran in May 2018 after unilaterally leaving a historic nuclear accord with Iran and other countries that has been endorsed by the UN Security Council.

In a phone call with Turkey’s Foreign Minister Mevlut Cavusoglu on Tuesday, Zarif expressed his sympathy with the Turkish government and nation over the spread of the coronavirus in the country and said the Islamic Republic was ready to help Ankara with its battle against the disease.

The total number of confirmed coronavirus cases in Turkey stands at 30,217 with 649 deaths.

In a Tuesday tweet on the occasion of Interantional World Health Day, the Iranian Foreign Ministry spokesman said despite WHO’s good “coordination task,” the “unilateralism virus” has infected collective measures in the battle against the coronavirus.

Mousavi described the World Health Day as a “timely day” for rethinking about the post-coronavirus world.

#WorldHealthDay is a timely day for rethinking abt post-corona world. #CoronaCrisis is an opportunity, if the global fighting on #COVID19 will lead to global solidarity & collaboration. @WHO does its coordination task well, though 'unilateralism virus' infects collective actions.
— S.A MOUSAVI (@SAMOUSAVI9) April 7, 2020

“#CoronaCrisis is an opportunity, if the global fighting on #COVID19 will lead to global solidarity & collaboration,” he tweeted.

‎80% of patients recover from Coronavirus in Iran‎

Iran self-sufficient in production of anti-Coronavirus equipment, ready to export

Over 83,000 infected by Coronavirus in Iran