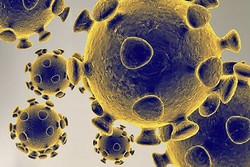 The Israel-supported group United Against Nuclear Iran (UANI) is pressuring the big pharmaceutical companies to end their Iran business at the exact moment that Iran is the second hardest-hit country by the coronavirus pandemic after China.

ريالأَ - The Israel-supported group United Against Nuclear Iran (UANI) is pressuring the big pharmaceutical companies to end their Iran business at the exact moment that Iran is the second hardest-hit country by the coronavirus pandemic after China.

The group United Against Nuclear Iran has paid John Bolton a quarter of a million dollars, which (money) is coming from Israel, which of course gets that money by raiding the United States Treasury to the tune of well, one estimate published in Christian Science Monitor two decades ago was that Israel had already stolen trillions, literally trillions of dollars. That's what it cost the United States. So Americans have allowed Israel to colonize them and raid them and rape and pillage them.

And this UANI group is just one of the many Israel pressure groups running United States foreign policy. It's just an outrage. And now they're trying to amplify the plague of coronavirus in Iran, which one suspects that they themselves may have actually engineered, because otherwise how could an Israeli company claim that they'll have a vaccine against coronavirus in less than two weeks when all scientists say that if there's a novel outbreak like this, it would take at least a year to have a vaccine.

A recent article by former CIA officer Philip Giraldi suggests that probably the US and Israel are working together. They’re the same people who used Stuxnet against Iran, endangering the nuclear facilities not only in Iran, but all over the world because it got loose and nearly created horrible nuclear accidents all over the world. And apparently now they've done the same thing with this coronavirus.

Philip Giraldi’s article is called, Who Made Coronavirus? Was It the U.S., Israel or China Itself?, and he strongly suspects the US and Israel, with China being America's biggest geostrategic antagonist and Iran being Israel's biggest problem.

The head of Iran's Civil Defense Organization Brigadier General Gholam Reza Jalali just said the same thing. He said this looks like a biological warfare attack against Iran and China. And a new study coming out of China from Tongji University in Shanghai, entitled Single-cell RNA expression profiling of ACE2, the putative receptor of Wuhan 2019 coronavirus shows that this virus has been engineered to target East Asians, and presumably a version of it has been perhaps released and developed by the Israelis to target Iranians.

So we are seeing biological warfare on a massive scale. The United States is the country that has been waging biological warfare on and off ever since it exterminated Native Americans by giving them smallpox blankets, during the Korean War, the United States dropped literally hundreds of thousands of bombs bearing plague... and other diseases on China and North Korea and covered it up. And the book “This Must Be the Place” gives the details on that.

The United States waged biological warfare against its own Congress in 2001 with the anthrax component of the 9/11 anthrax false flag operation, which terrorized Tom Daschle and Patrick Leahy, the leaders of the movement that blocked the Patriot Act, into giving up and allowing the Patriot Act.

So the United States is run by lunatics, by psychopaths who are entirely capable of launching World War 3 by way of a biological warfare attack on China and Iran, with the Iran component presumably led by Israel. That's the most likely explanation for what we're seeing.

In that context, this move by these Israel lobbies that are presumably behind this biological warfare attack, and this launching of what could become World War 3, are pressuring United States to try to help this plague spread in Iran as much as possible by preventing Iran from getting any of the medicines and medical equipment that would need to fight this virus.

And the United States is pursuing this kind of policy right now. Trump has not allowed medical equipment and supplies to go through to Iran. It's absolutely disgusting. We're seeing more smallpox blankets from the psychopaths in charge and the people of the world need to rise up and overthrow these people as soon as possible.

Cancellation of religious and spiritual gatherings to save lives: A threat or an opportunity?